Nora FitzGerald is a proud resident of Newfoundland and Labrador, Canada’s eastern most province. A province with a long – and proud – history of sealing.

It’s not uncommon to see locals donning sealskin garments and accessories. Former premier Danny Williams confidently wore a sealskin coat whenever and wherever the weather called for it. FitzGerald has, or rather, had a sealskin purse, which was a gift from her mother. That was until a trip to the United States earlier this month when border guards confiscated the bag.

The Corner Brook woman documented the ordeal on Facebook and her story is now being picked up by local media outlets. Here’s her post from March 11.

“Recently while on vacation I decided that I would cross the border and visit the US to shop. At the border crossing the customs agent commented on my purse and asked if it was fur and what kind. I replied sealskin and said that I always got compliments on it. She then requested that we park the car and go inside but also bring my purse. Not thinking much I entered the customs office and the officer asked to see my passport and then proceeded to tell me that my purse was going to be seized!

After about 45 mins and filling out forms I was told my purse was going to be given to fisheries and wildlife and the seal skin was listed on the endangered species list . I was upset because it was a gift and the officers felt bad taking my purse .

My point to the story is this: we have an ever growing population buying the various sealskin products . We should also be better informed of what could happen when we leave this province! Obliviously not everyone shares our enthusiasm for the fur!”

Sealing has long been controversial.

Humane Society International/Canada is once again calling on the federal government to end the practice, calling it “irresponsible.” The 2015 seal hunt quota has been set at 468,000 harp, hooded and grey seals.

“Thankfully, more than 35 compassionate nations have chosen to end their trade in products of commercial seal slaughters,” Rebecca Aldworth, executive director of Humane Society International/Canada said in a statement. “International demand for seal fur will likely be low again this year, along with the financial incentive for sealers to kill seals. In light of this massive quota, it is more important than ever for nations to maintain and defend their prohibitions on seal product trade.”

FitzGerald’s confiscated purse is renewing the debate online. And the story didn’t end at the border.

“I received a letter in the mail from the US dept of commerce fining me $250.00 US to be paid within 30 days!” FitzGerald wrote. “God bless America.” 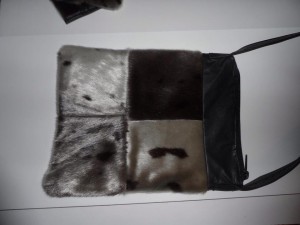 But now, some good news: “A gentleman has offered me a beautiful sealskin purse!” she added. “I will wear it with pride. Newfoundlanders near and far are what kindness is truly all about!!”

This is it pictured to the left. 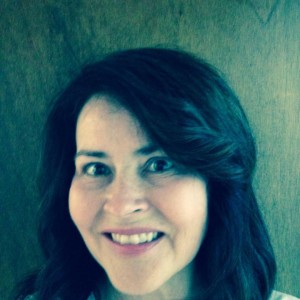 Still, FitzGerald’s friends are calling her “famous” and a “celebrity.”