Western gorillas were first discovered in the the Ebo Forest of Cameroon in 2002, and now a remote camera has recorded the first video of one of the apes.

San Diego Zoo Global has been working with conservationists around the world – and locally – to monitor the small troop of gorillas and urge more protection for their forested habitat.

Bethan Morgan, the zoo’s head of the Central Africa Program, first spotted the apes 14 years ago, but no photos of videos of the rare animals emerged until now. 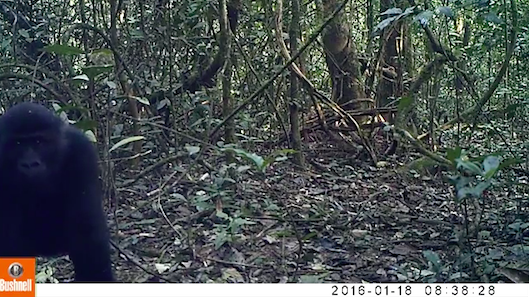 “These gorillas are one of the most endangered remaining populations of gorillas in Africa, with less than 25 individuals remaining,” Morgan said in a statement. “Since they live in forest isolated from both Cross River gorillas and western lowland gorillas, they are a unique population and need urgent conservation attention.”

The footage was obtained as part of the zoo’s Ebo Forest Research Project.

“We are trying hard to protect these amazing animals,” Ekwoge Abwe, the project’s program manager said in a statement. “We hope this footage will compel the government of Cameroon to reclassify the Ebo Forest as a national park, as has been their intention since 2003, soon after we first observed the gorillas.” 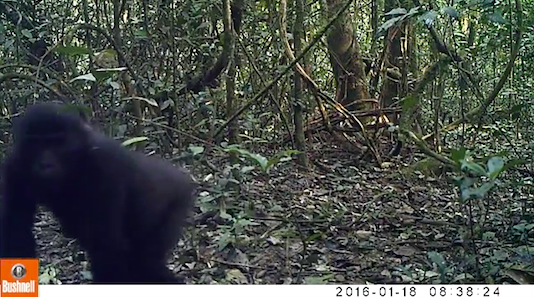