Who needs a cat cafe when you can shop with cats at the supermarket?

German grocer Netto Marken-Discount has set cats loose in one of its shops in an advertisement that, while almost a year old, is totally wowing the internet. 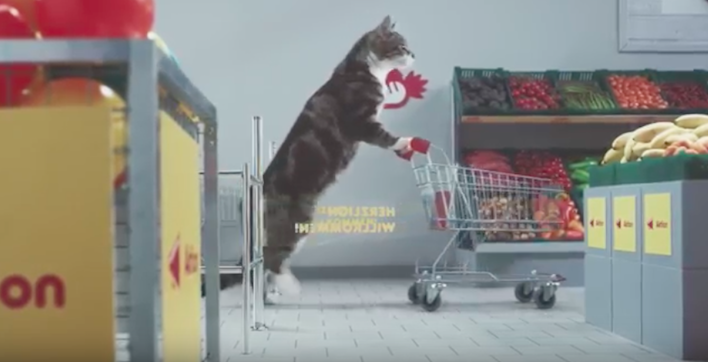 Cats in the shelves.

Even cats seriously freaking out when cucumbers randomly fall on the floor. 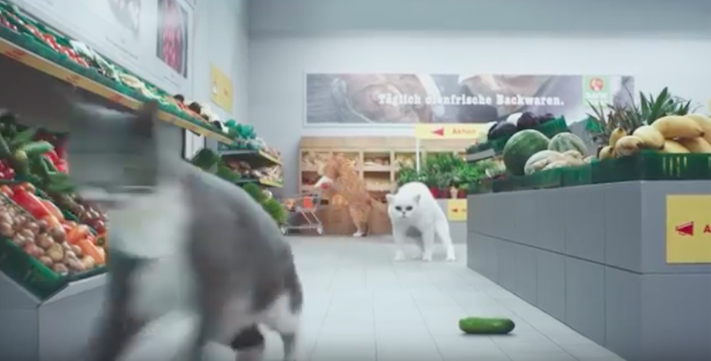 “In our video, watch our playful four-legged friends at Netto,” the company notes in its YouTube upload, which has 12 million views. “Sweet cats slide through the shelves and push the shopping cart in front of them. Whether Veggie mice or the favorite tuna – at Netto, there is the perfect choice for the funny cat of today.”

Which, according to Thump, is a “(rather meow-heavy) cover of “Magic Fly” by Space, a French electronic band whose 1977 debut album Magic Fly pioneered the space disco sub-genre with its (back then) futuristic synth sounds.”