Cold-stunned turtles are being flown from chilly New England to the warmer climates in the south under a new program that transfer.

Over the last week, an organization name Turtle Transfer has been transporting dozens of turtles from New England Aquarium to South Carolina Aquarium and Marathon Sea Turtle hospital in Florida. They were flown by plane after being covered with blankets in banana boxes.

“Cold stunning” occurs when a sea turtle is exposed to extended periods of cold water temperatures. 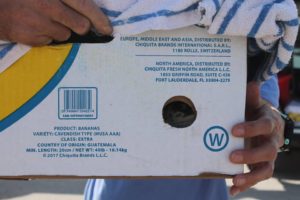 Sea turtles are cold-blooded creatures and cannot control their internal body temperatures like humans.
Hospital officials say several of the turtles suffer from compromised immune systems and pneumonia as a result of being too cold for too long.

Initially rescued in the Northeastern United States in Cape Cod, Massachusetts, the turtles were initially taken to the aquarium in New England.