Six southern white rhinos are now settling in at the San Diego Zoo Safari Park after an epic journey from South Africa to take part in an epic conservation effort.

The rhinos, all female and aged between 4- and 7-years-old, were moved last week to the zoo from private reserves in an international conservation effort to save the critically-endangered northern white rhino.

“The 6 ladies that arrived from South Africa will likely make history by saving their species and other rhino species,” the facility posted Sunday on Facebook.

The rhinos arrived Nov. 5 after flying 22 hours aboard a chartered MD-11. A veterinarian accompanied them on the flight. Each animal was moved in a specially designed crates. Once on the ground the crates were loaded onto flatbed trucks and driven to a facility built specifically for the new arrivals.

They’ll stay in fenced-off areas under mandatory quarantine for at least 30 days. And so far, so good. 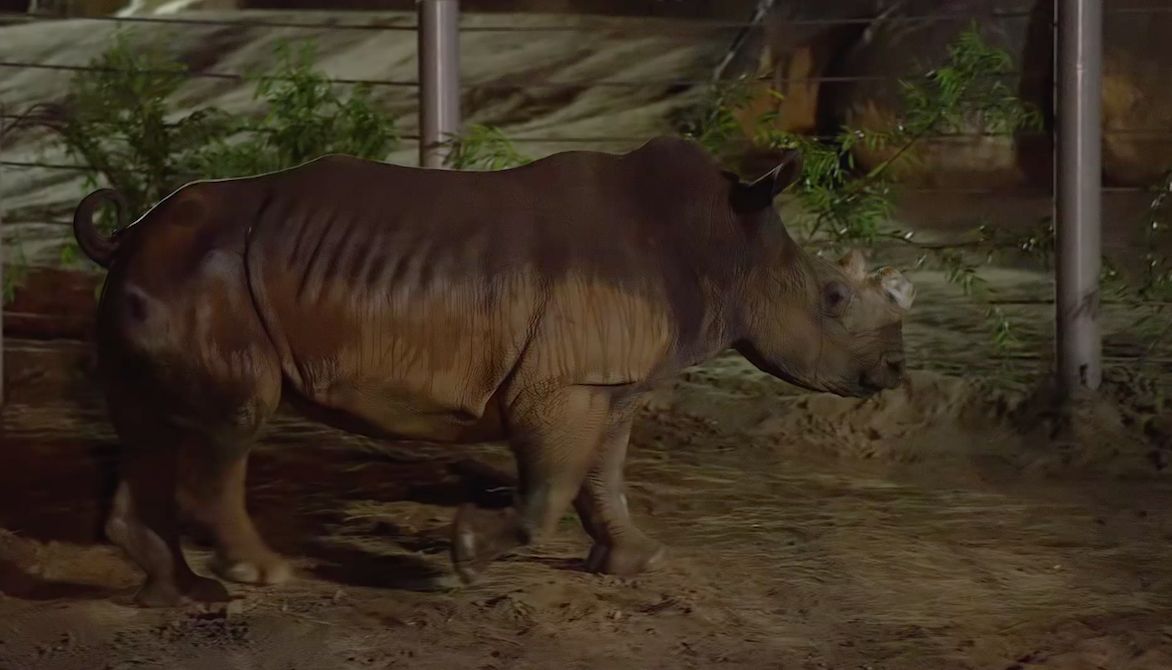 Steve Metzler, who is interim associate curator of mammals and flew around the world with the rhinos, said he is thrilled to have the animals in San Diego.

“The animals did extremely well during the flight, eating normally and sleeping a good portion of the long trip. Our priority now is to ensure the rhinos are comfortable and acclimating to their new surroundings,” he said in a statement. 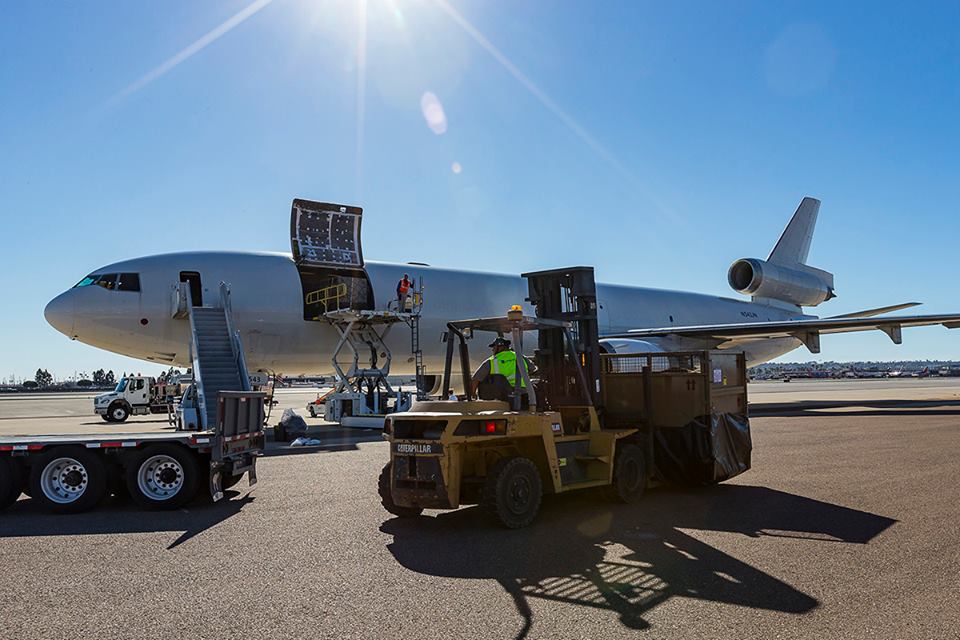 San Diego will now serve as a sanctuary for the six rhinos as the species is being poached for their horns in the wild at a rate of three a day. At that pace, rhinos could be extinct within 15 years.

The most critically endangered of the species is the northern white rhino.

There are only four left in the world. The San Diego Zoo Safari Park is home to Nola, a 41-year-old female. The three other northern white rhinos (one male and two females) are in the Ol Pejeta Conservancy in Kenya. None of them have been particularly successful breeders.

Scientists are now working on reproductive technologies to develop northern white rhino embryos, which will eventually be implanted in the southern white rhinos. Effectively, they will become surrogate mothers.

Researchers hope a northern white rhino calf will be born at the zoo within 10 to 15 years. If all goes as planned, the reproductive technologies could be used to breed other critically endangered rhino species, including the Sumatran and Javan rhinos.

And, the facility has good reason to be optimistic. It has one of the most successful rhinoceros breeding programs in the world. Ninety-four southern white rhinos have been born there. So have 68 greater one-horned rhinos and 14 black rhinos.

Safe and sound: 6 female southern white rhinos arrived from South Africa to be part of our Rhino Rescue Center. They’re…

Rhinos Arrive From South AfricaThe 6 ladies that arrived from South Africa will likely make history by saving their species and other rhino species. Details: http://ow.ly/UlYrc