The hand in the picture is not Fowler’s. But he posted it to prove his point that rattlesnakes are very dangerous. 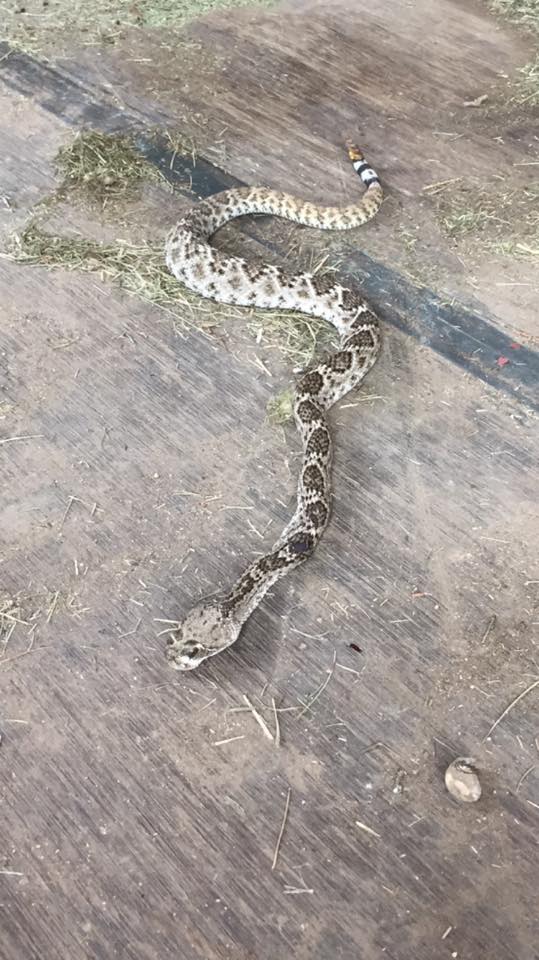 Ran into this little fellow in my shed this week. Third one this month. All of you people who cry about folks killing rattlesnakes have probably never seen what it looks like when you get bit by one. The other two pics are of my buddy Tommy’s hand after getting bit last year.” 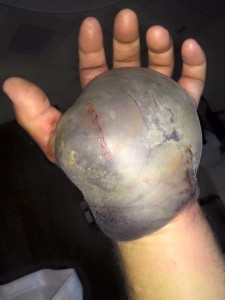 He’s still going through surgeries and rehab. All of you rattlesnake sympathizers will change your tune when your kid gets bit playing in your backyard.

Since Fowler, who’s performing right now in Paris, posted his message, there’s been huge reaction from his followers.

Kill all rattlers and copperheads they hide you don’t see them till its too late and the you suffer I say for all those that don’t want to kill them come catch one see what you think. They are aggressive towards heat and they will strike you and you dont have to even mess with them. So sorry killem all.

Dead snakes are the best snakes

But this comment from Amber Ausmus Zimmerman, a self-professed snake “sympathizer” got the most likes with early 21,000.

I really hate the whole ‘only good snake is a dead snake’ thing. Snakes are a natural and important part of our world. However, if there is a venomous snake – rattlesnake, copperhead, cottonmouth, etc – around your house, I have no problem killing it. If it’s not venomous- bullsnake, rat snake, indigo, kingsnake – it can be really helpful by killing mice/rats/rattlesnakes, so leave it alone. Take the time to learn the difference. If you see it out in the country, away from houses, etc, let it go. A lot of people get bit trying to mess with them, so leave them alone. No reason to hate on folks who don’t kill every snake we see!