Young Hercules certainly lives up to his name.

Dramatic video captured by tourists in Zambia show a baby bull elephant defending himself from the attack of 14 lions. The video posted by Norman Carr Safaris – Elephant Vs Lion was taken during a game drive.

“A young elephant somehow was separated from his herd when a 14 member pride of female lions descended on the helpless animal near Norman Carr Safaris’ Chinzombo Camp in Zambia. Clearly outnumbered, the elephant managed to bravely fend off the attack despite having three lioness on his back at one point!” the outfitter notes.

In the video, the tourists are heard saying: 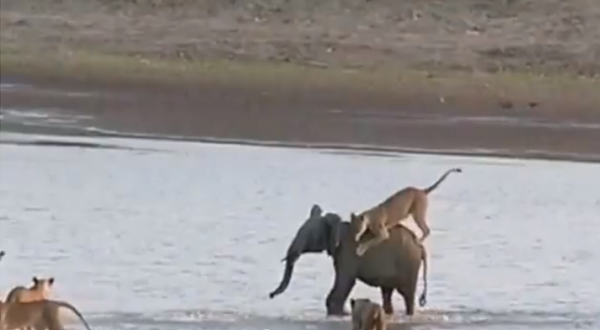 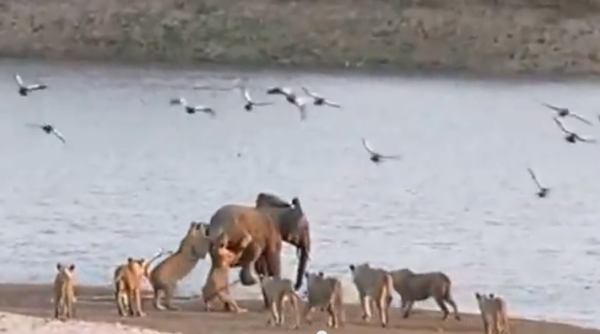 And, “Where are the other elephants for God’s sake?”

The awestruck tourists – and millions all over the world – have now watched the nearly three-minute battle since it was posted earlier this week. And, they’ve applauded as the little guy swings the lions off his back, escapes into the water, trumpets triumphantly at the predators and kicks them away before making an escape. 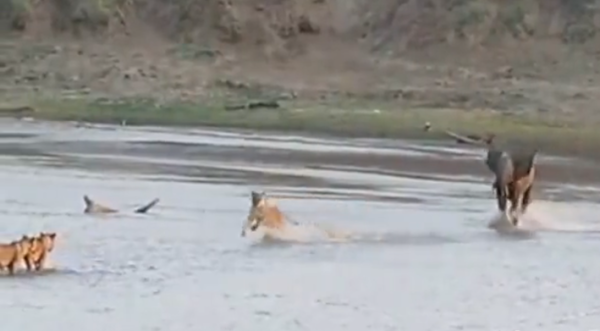 “In the many years I have been a safari guide in Zambia at the South Luangwa, never have I seen anything like this,” Innocent, one of the outfitter’s top guides, says in a statement. “We were all so worried the elephant would be killed right before us. What a fighter. It fought off all 14 lions. Incredible.”

After that, the group named the baby elephant Hercules. And, while we don’t see it in the video, Hercules has been reunited with his herd.

All proceeds from sale of rights to the amazing video are being donated to the Kapani School Fund, which offers education to local children.