Bovine tuberculosis used to kill hundreds of people annually in Britain before the Second World War.

The disease is still around but it mainly affects cattle today. Thousands of them are culled annually, a big cost to British farmers and taxpayers.

One of the issues why bovine TB continues to spread is because wild badgers are carriers. Research carried out in the 1930s found that when badgers were killed, bovine TB rates went down.

Badgers could only be checked for TB during post-mortem so attempts to stop bovine TB has meant killing the critters, usually by gassing them with by cyanide until it was banned because it was cruel.

But this kind of cull means both infected and uninfected badgers were killed.

A new plan to cull only test-positive badgers, and vaccinate test-negative badgers might be more effective if culling small numbers of badgers prompts no behavioral change, according to new research published by the PNAS. 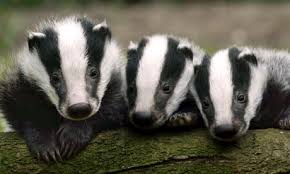 One odd thing about culling badgers:

When small-scale culling is done, it changes badgers’ behaviours in a way that it increases TB transmission among badgers and infected cattle, something called the perturbation effect. In short, reducing badger numbers in cull areas gave the remaining ones wider areas to roam and spreading TB among more badgers.

In Dorset, England, a program called the Dorset Badger Vaccination Project is underway where badgers are lured into cages and vaccinated.

Check out their Youtube video below of how they’re trying to reduce culling and bovine TB by using vaccinations instead.

h/t: Proceedings of the National Academy of the Sciences , Badgerland