Yes, it was a long drop, but a newborn female giraffe calf quickly shook it off and took her first unsteady steps this week at the Calgary Zoo.

The calf was born on Thursday to new parents Carrie, 22, and 5-year-old Nabo, the zoo announced today. The facility also released a pretty amazing video of the birth, and some ridiculously adorable photos wee-but-tall newborn.

“As gestation for giraffes is about 15 months, we have been carefully watching over Carrie and now the day has come to celebrate,” curator Colleen Baird said in a statement. “At this stage, mom and calf are bonding well and we have seen positive signs of nursing.” 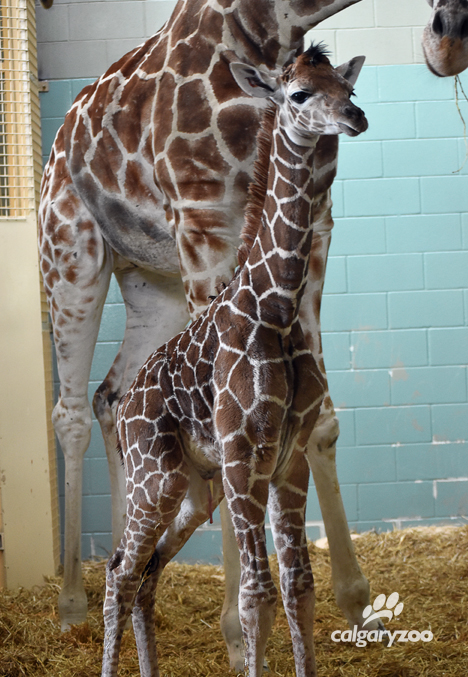 Carrie is an experienced mother. She has had four calves. (The zoo has had 16 successful giraffe births over the years.) And, Carrie as is now bonding with her newest offspring, neither will be on display to the public until at least next week.

Here’s the video of the birth, because, well, how often have you seen a giraffe being born?

Giraffe populations in the wild range between 80,000 and 140,000 as the species is threatened by habitat loss and poaching. 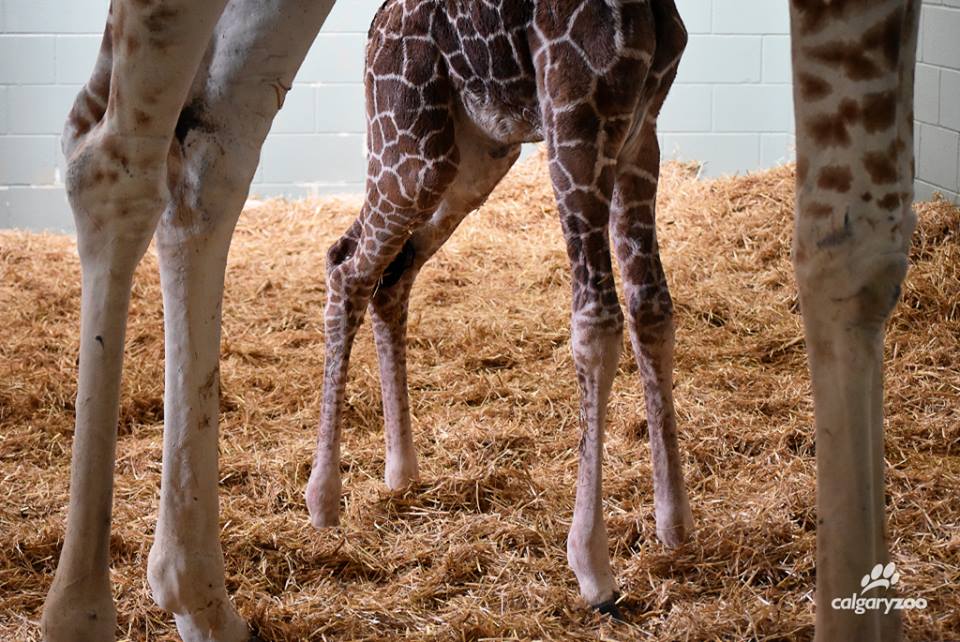