Usha means “dawn” or “sunrise” in Japanese. And, for zookeepers in Calgary, it is a fitting new name for an adorable red panda cub.

The female cub was born at the Calgary Zoo on July 15 to first-time mother, Sakura, and father, Dusk, and is now venturing outside the family’s den.

“The day is complete,” the zoo announced yesterday. “Now we care for a ‘Dusk’ and a ‘Dawn’!”

Fans have watched her grow up on a webcam in the den with her mother. While cubs aren’t shy, they are raised in “cozy dens” under the watchful eye of mom. They really only wander out when they are old enough to “hold their own,” the zoo explained. Usha first ventured out on Oct. 30.

But zoogoers should probably take note, if they want to catch a glimpse of the family, it’s best to visit in the afternoon.

“Usha and her parents are slow to get out in their habitat in the morning,” the zoo said. 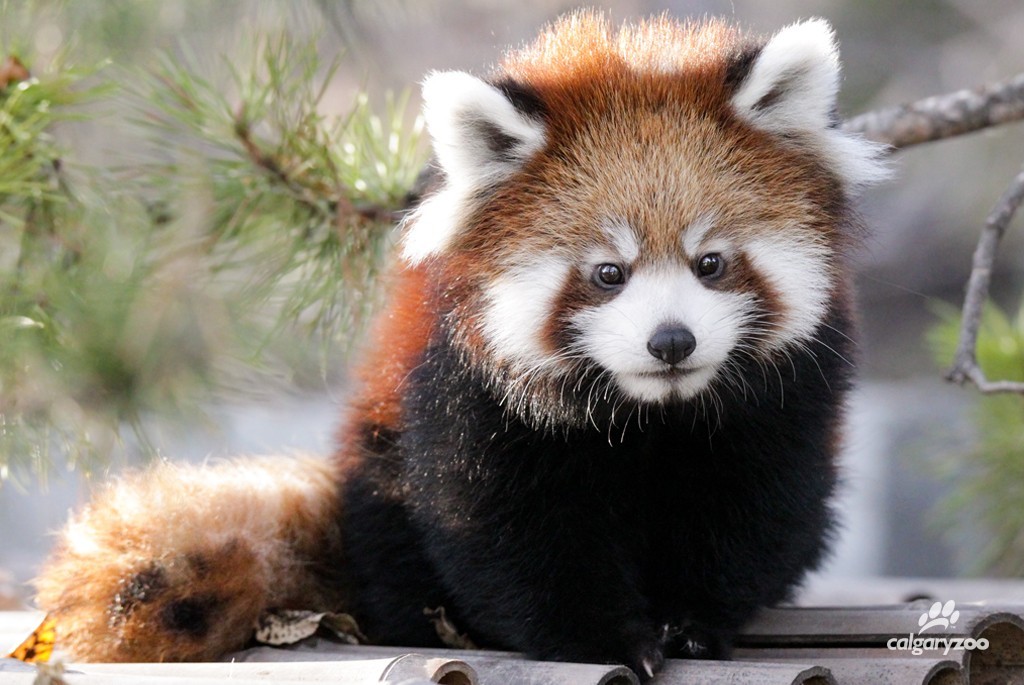