Talk about a baby boom.

The Metro Richmond Zoo is watching over 13 cheetah cubs born to three cheetah mothers within a few weeks of one another this spring. Even for a cheetah breeding facility, the bounty of babies has zookeepers bursting with pride.

“The wild cheetah population is in a drastic decline with only 7,500 now left in the wild in small pocketed areas in Africa. Breeding cheetahs in captivity is very challenging, with only a small portion of the population reproducing. The Metro Richmond Zoo has had tremendous success in breeding cheetahs. In the last 2 1/2 years we have had 36 cubs born from seven litters making a significant addition to the captive cheetah population,” the Moseley, Virginia-based facility notes.

Milani, a second time mom, gave birth to three cubs on March 21. The two males and one female are, well, as you can see, adorable beyond words.

Then, on April 1, first-time mom Vaila, gave birth to seven cubs. That happens perhaps 1 per cent of the time in cheetah births. But sadly, two didn’t survive the first 24 hours. Vaila, being an inexperienced mother, failed to clean the birth sac covering one cub and another was born with a deformity.

But the surviving five cubs – three females and two males – are healthy and growing. 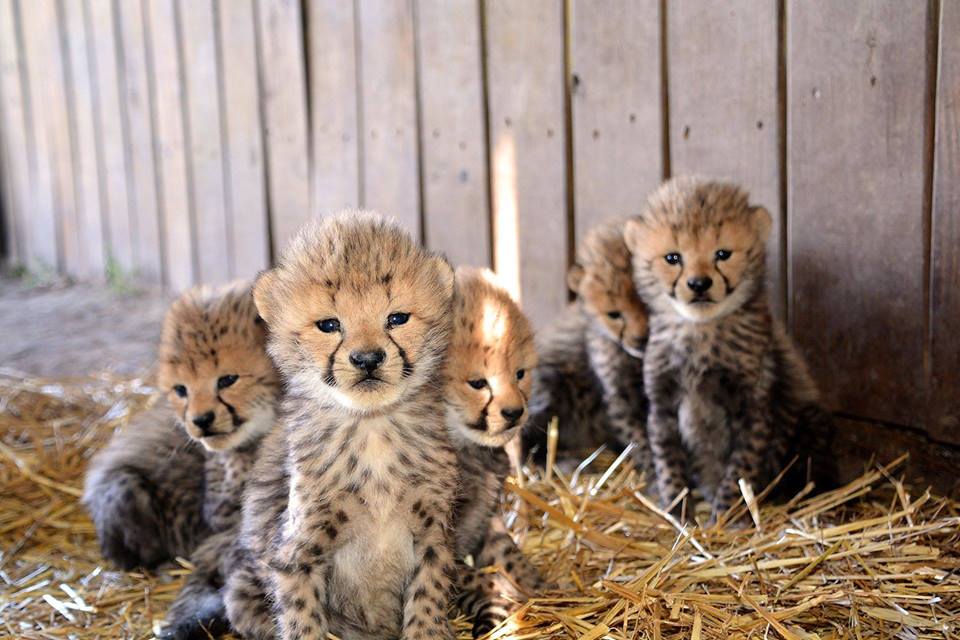 The day after Vaila’s cubs were born, Wiay had her brood.

She gave birth on April 2 to six cubs – something that happens just 8 per cent of the time. But she is also a first-time mother, and zookeepers suspect her inexperience was why she accidentally laid on one cub soon after birth. It didn’t survive.

And while her surviving five cubs – three males and two females – weren’t gaining weight at first, they are now growing and doing well with their mother.

The facility now has some ridiculously addictive “Cheetah Cams” so animal lovers around the world can peek in on the big cats and their babies.

Fingers are crossed these cubs do well.

“In the wild, only 10% of cubs make it to adulthood,” the zoo posted on Facebook. “One of the reasons this occurs is because of a lack of genetic variation. Cheetahs are very difficult to breed — in the wild or captivity.”

And, it’s also expanding it facilities to handle all the new cheetahs.