And then there were four.

“It is a terrible loss. Nabiré was the kindest rhino ever bred in our zoo. It is not just that we were very fond of her. Her death is a symbol of the catastrophic decline of rhinos due to a senseless human greed. Her species is on the very brink of extinction,” Přemysl Rabas, the zoo’s director, said in a statement. 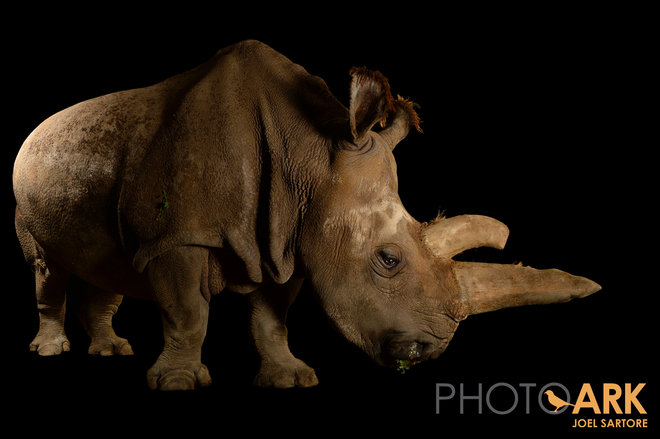 Northern white rhinos have been poached for their horns.

The world’s remaining members of the species: an elderly female named Nola at the San Diego Zoo Safari Park, and three at Kenya’s Ol Pejeta Conservancy – a male named Sudan and two females, named Najin and Fatu. (The conservancy has been appealing to the public to fund guards to protect its three rhinos.)

“With great sadness, we share the news that Nabire, a female northern white rhino passed away … The species inches even closer to extinction with her death. Only 4 individuals remain in the world- Sudan, Najin and Fatu on Ol Pejeta and Nola at the San Diego Zoo Safari Park. Rest in Peace Nabire.”

So did officials in San Diego.

“Our condolences go out to the Dvur Kralove Zoo for this particularly difficult loss,” Randy Rieches, curator of mammals for the San Diego Zoo Safari Park, said in a statement “Watching this wonderful subspecies move one step closer to extinction breaks the hearts of all of us who have worked with and love rhinos.”

Nabiré suffered from cysts in her uterus which prevented her from conceiving naturally. However, there is some hope she may pass on some genetic material. Her left ovary was healthy and removed after her death and sent to a specialized lab in Italy in the hope that she could still become an egg donor and used in artificial insemination. Still, most of the animals living in zoological settings haven’t had much luck reproducing either the old-fashioned way or with scientific interventions.

“It is our moral obligation to try to save them,” Rabas added. “We are the only ones, perhaps with San Diego Zoo, who have enough of collected biological material to do so. We are aware that our chances are slim, but the hopes are still alive.” 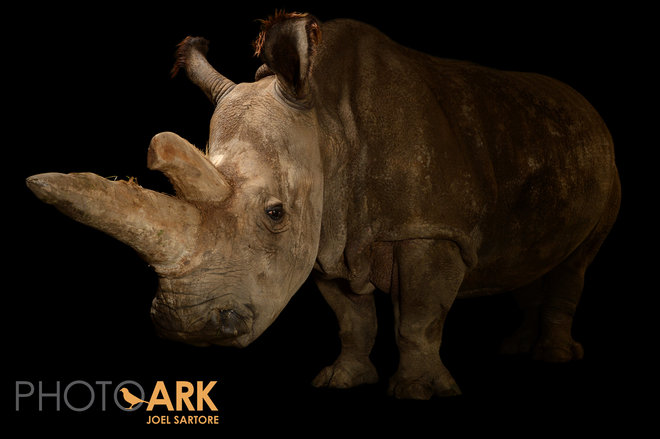