Thomaz Monteiro and Flavia Passaglia were diving recently at Bat Islands, Costa Rica, they came across what they considered a “peaceful manta ray.” But the creature they believed also “asks for diver’s help.” It was tangled in some old fishing line. Canadian Brian Thompson managed to cut the line. And, the crew is quick to note, they didn’t just toss it back into the ocean.

“We picked up the line,” they noted on YouTube, where the video has garnered more than 1.3 million views. “It’s our trophy now! Brian, the diver who cut the line, gave a little piece for all divers there!” 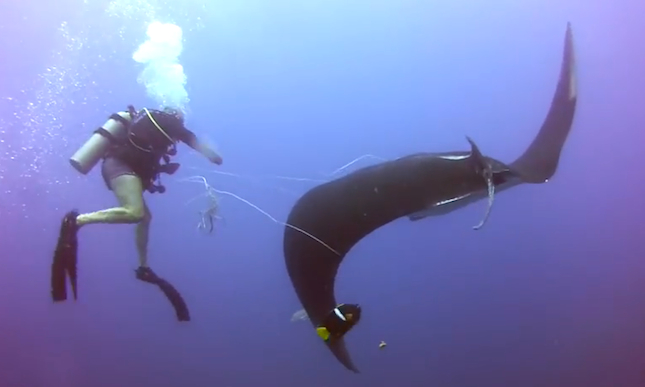 Watch the complete encounter on video posted to YouTube.