Animal lovers in Nevada are pushing for the maximum penalty in a horrific case of animal cruelty, which left dogs dead, their heads cut off. Security was tight this week in a Reno courtroom for an appearance of the 24-year-old man accused in the killings. The accused, Jason Shilo Brown, will be back in court Oct. 16.

“Let’s keep the anger directed at the person charged with felony cruelty so we can fight for the maximum penalty. No bail and No Plea Deals,” Nevada Voters for Animals noted on its Facebook page after Wednesday’s hearing.

The case is disturbing.

Prosecutors accuse Brown of killing five dogs at the motel and a sixth at another location. Some of the animals were adopted. Detectives found a decapitated dog and four dog heads in a small refrigerator, according to the Associated Press.

“Shortly after 2:00 p.m. on Tuesday, July 8, 2014, the manager of a local motel notified law enforcement that evidence of suspicious activity had been discovered by one of the motel’s staff in one of the rooms,” the Washoe County Sheriff’s Office said in a statement. “Responding officers found the remains of several animals, along with drugs and drug paraphernalia in the room. The occupant of the room was not on scene.” 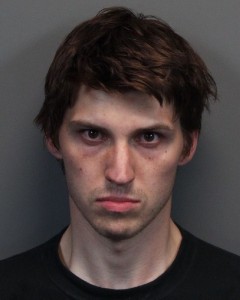 Brown was arrested the next day and charged with five felony counts of willful torture of an animal and possession of a controlled substance, methamphetamine. If convicted, he could face more than 20 years in prison.