Los Angeles County Fire Department firefighters wiggled a dog out of a tight spot this week. The pooch was stuck between a house and a retaining wall in West Hollywood on Monday afternoon.

“Each time the dog would whimper or cry, he’d fall deeper into the 6-inch gap,” Inspector Randall Wright noted on Facebook.

Every time the dog moved, it became more tightly stuck. Breaking the walls wasn’t an option, so firefighters  “got creative.” 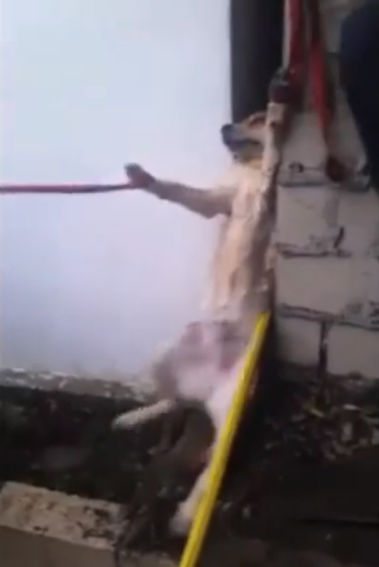 First, they slid a pole under the dog to stop him from falling further. Then they lassoed his paws to gently pull him out. The dog was not injured and was reunited with his family. It’s still not clear how the dog found himself in such a predicament.