The enemy of your enemy is, apparently, your dog.

A new study has found that dogs are loyal to their owners when they observe people treating their owners badly, even to the point of refusing to take food from their owner’s nemesis.

The Kyoto University study found dogs will not take food provided to them by people who didn’t help their owners, even when that person never directly harmed the dogs themselves.

Anyone who has a dog knows they’re highly sensitive to the feelings of their owners. If you’re depressed or feeling sick, your dog will stick to your side. Come home after an awesome day at work? Your dog will dance beside you.

But this Kyoto University study confirms for the first time that that dogs are also attuned to whether someone treats their owner badly and will behave accordingly.

The research used 18 pairs of dogs and owners to find out how dogs responded to people who refused to cooperate with their masters.

The experiment had the dog’s owner sitting between two women while the owner tried to open a can. The owner then asked one of the women to help open the container.

There were two outcomes: In one, the woman helped the owner, in the second, the woman turned her face away and refused to assist. The second woman’s role was to do nothing.

After this scenario, the two women attempted to feed the dog so researchers could observe which person the dog would receive food from after the helping/non-helping and feeding cycle was repeated four times.

The results: the dogs only accepted food from the woman who refused to help their owner 25 times. The woman who did nothing was chosen 47 times. 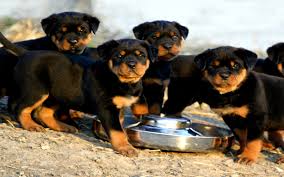 Which goes to show you that even dogs who will eat anything are choosy about who feeds them. The researcher said this demonstrates that dogs make social and emotional evaluations on people regardless of whether they get a personal gain or not.

The study will appear in the science journal Animal Behaviour to be published later this month.