Officials are reminding drivers to travel with care because wildlife collisions routinely double this month as animals cross roadways looking for mates or as they migrate.

In Alberta, the number of crashes involving animals rises to 2,280 in November, from an average of 1,100 each month. More than any other month of the year, one in five wildlife collisions happen in November.  Roads, of course, are in the path of migration routes. They are also beacons for hungry animals looking for vegetation and road salt.

“Sharing our roads with wildlife is an inevitable part of driving in Alberta,” Brian Mason, Alberta’s Transportation Minister said in a statement. “Animals can be unpredictable but we can all do our part to minimize the risk of wildlife collisions by being aware and being prepared to stop when necessary.”

The statistics are startling:

Tips for reducing your chances of getting into a crash with an animal include slowing down, using high beams, being especially careful at dusk and dawn when critters are active, braking instead of swerving to avoid an animal, and realizing animals may travel in groups. 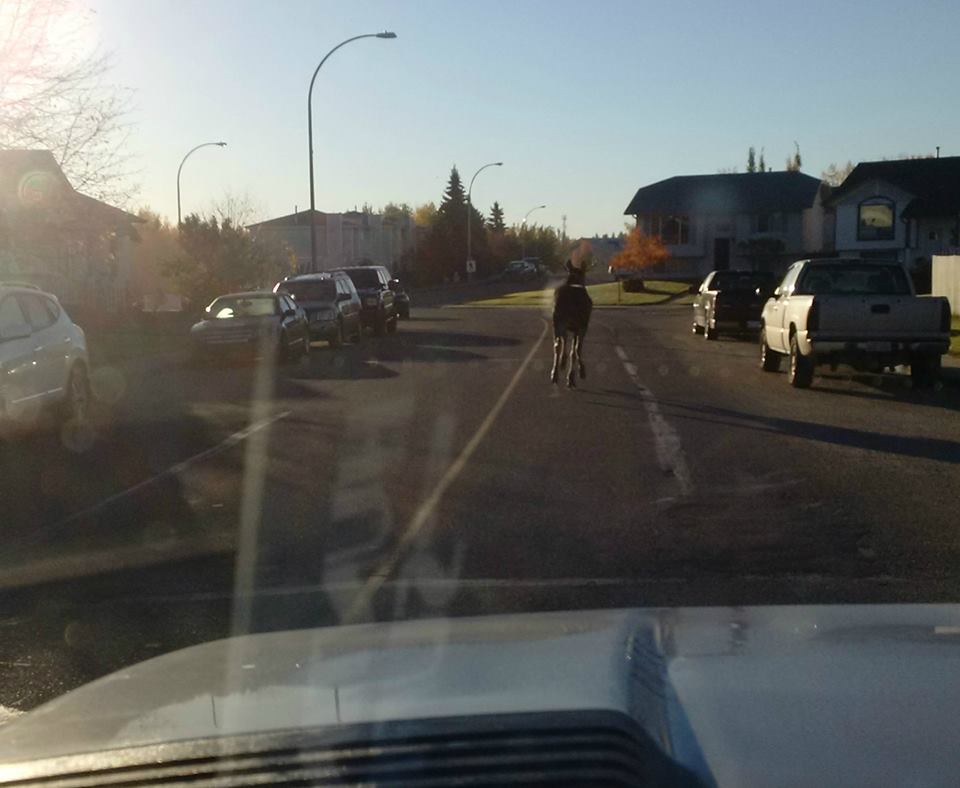