We told you about the bizarre Dr. Walter Palmer kills Cecil the lion Halloween costume.

Here’s how PETA describes its entry to the costume market:

Halloween aficionados can turn the table on trophy hunters’ ghoulish pastime with this cheeky new limited-edition costume. “Cecil’s Revenge” features a dentist’s uniform with a “Dr. Palmer” name tag, complete with a plush lion grabbing the dental coat from behind, leaving bloody claw marks. Accessorize with a drill, a toothbrush, or a toy crossbow.

Animals like Cecil are constantly threatened by trophy hunters like Walter Palmer, who pay someone to track down wildlife and blind them with a spotlight at night so the hunters can press the trigger on their high-powered weapons at close range, then take the animals’ heads home to decorate their own dens. 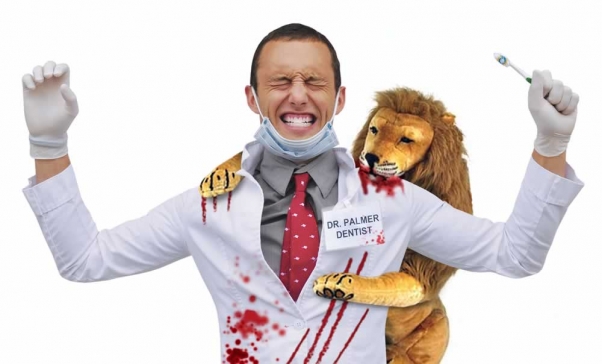 Cecil the lion was shot and killed this summer just outside the protected confines of Zimbabwe’s Hwange National Park by the American dentist with a penchant for hunting. The hunting guide, landowner and dentist are now being brought to justice. Or at least, officials are trying to prosecute them as world outrage grows. And along with it, apparently, the gag industry.

Costumeish is responsible for the lion’s severed head and blood-splattered dentist’s smock outfit. It’s also now, $139.99. The price has been raised due to “overwhelming demand.” 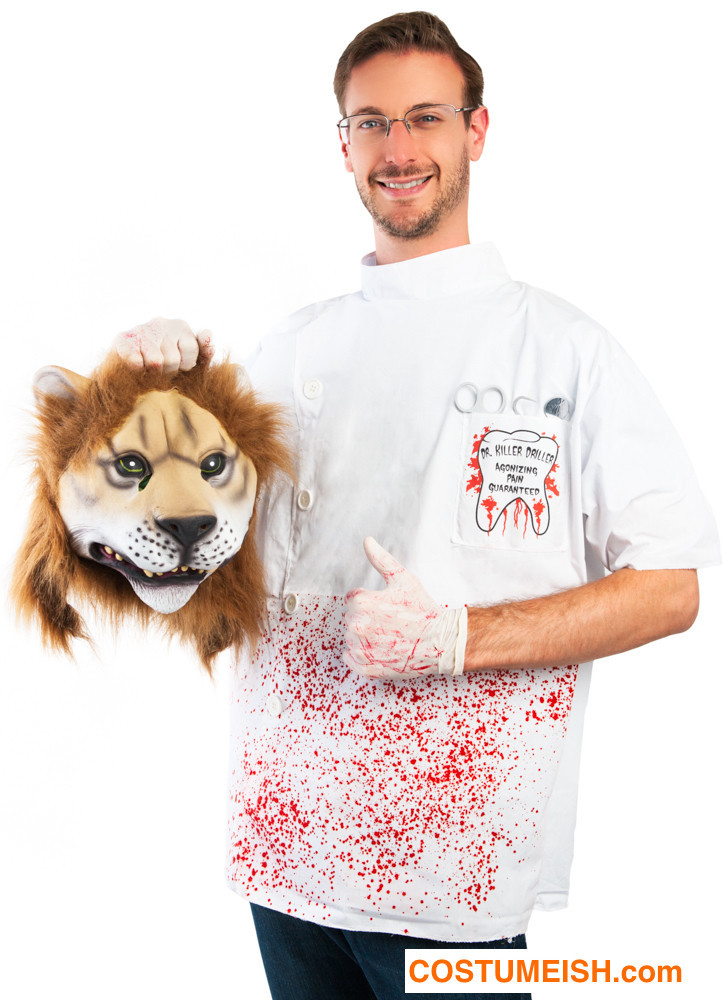 While 15 per cent of the price goes toward wildlife causes, there has been a backlash.

“We reserve our right to freedom of speech and expression and will not be removing this costume for any reason whatsoever,” the company says.

PETA is also funnelling the money raised back to its “lifesaving work for animals.”

“As animals continue to die in agony at the hands of trophy hunters, it’s only fitting for people to make fun of Palmer for his illegal, violent pursuit,” PETA President Ingrid Newkirk said in a statement.