Police have found an old-fashioned weapon against the newest high-tech scourge of the skies.

The Dutch National Police force is now testing use of eagles and hawks in the war against those ubiquitous and sometimes pesky drones. Drones can be more than just annoying, they can be used by “criminals and terrorists,” police noted on Facebook.

“It is a world first: the police put Raptors to get hostile drones from the sky,” the service wrote in its latest YouTube upload.

The police service is working with The Hague-based Guard From Above, which bills itself as the “first company in the world to use birds of prey to intercept hostile drones.” The company says it uses each bird’s “natural hunting instincts” to intercept drones.

And based on the demonstration video. They are pretty bloody good at it. 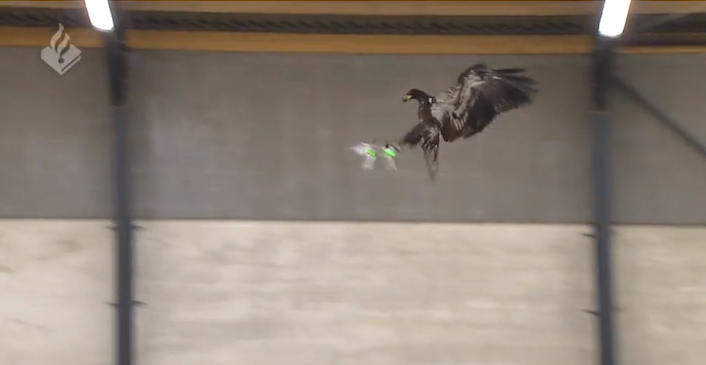 For those worried about safety to the birds, the company notes:

“In nature, birds of prey often overpower large and dangerous prey. Their talons have scales, which protect them, naturally, from their victims’ bites. Of course, we are continuously investigating any extra possible protective measures we can take in order to protect our birds.

The Dutch National Police has asked the Dutch Organization for Applied Scientific Research (TNO) to research the possible impact on the birds’ claws. The results are not yet known.”

And, what bad guy wants to mess with these guys? 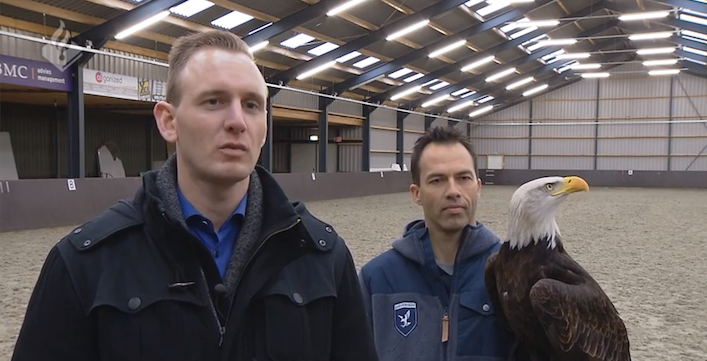 Because seriously. Look at this precision flying. 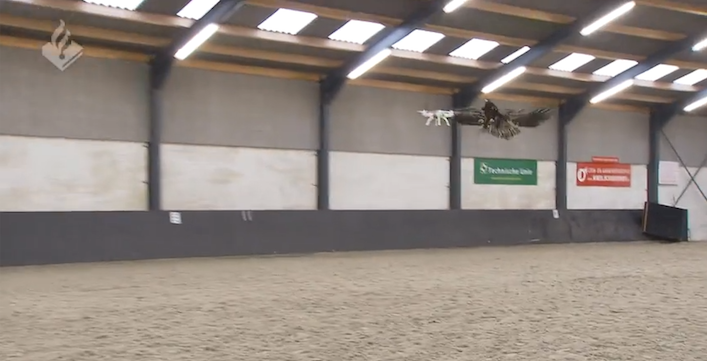