Meet Elmer. Yes, his tongue always hangs out like this. Yes, he is 100% happy, healthy, and lovable.

That’s the opening line of an ad for Elmer, the mixed breed, found in 2017, starving and living on the streets.

Elmer was eventually adopted by Stephanie Tran of Peoria, Arizona and the love she has lavished on the dog has made him thrive. 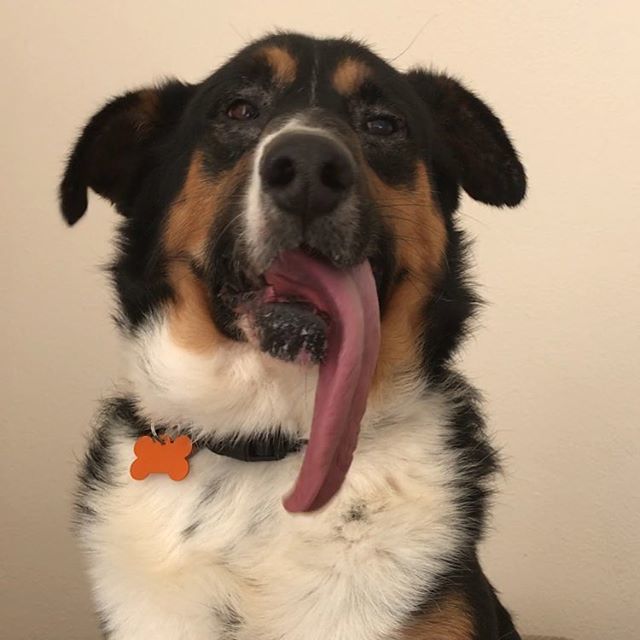 Elmer was found and fostered by the folks behind Urban Suburban Apparel after being in a shelter for three months. Elmer as living with another dog on the streets and while that dog was later reclaimed by its owner, no one ever came for Elmer.

Elmer is deaf and his personality is huge.

Since taking Elmer into our home, he has showed us his resiliency and quirky personality, which made us fall even more in love with him. .. He is a loyal companion who loves to stick by the humans he trusts.

He only has 4 teeth, and none in the front, which explains why his tongue constantly hangs out. We do not know why he’s missing most of his teeth. Regardless, he can eat and drink with ease, and can give some epic kisses.
He is around 7 years old. That was our vet’s best guess-timation.
He LOVES love. But who doesn’t?