It’s an amazingly simple solution to come to the rescue of one of the world’s most threatened species. Place a few wooden planks across muddy bogs. Stick miniature ladders down deep mucky pits. That’s exactly what the World Wildlife Fund and the New Zealand Department of Conservation started doing this year to save sea lion pups from drowning. And, it’s working.

Since January, 23 pups have been recorded by GoPro cameras pulling themselves to safety on the remote Enderby Island. Earlier in that country’s summer, researchers pulled 65 pups out of the holes.

“If pups fall into these holes and can’t climb out, they can suffer from hypothermia, starve or drown. Sea lions face so many other threats, such as entanglement in fishing gear, disease and competition for food, that we need to do everything we can to give these pups the best chance of survival,” Milena Palka, WWF-New Zealand’s Marine Species Advocate, said in a statement.

As if taking a cue from from the duckboards employed in mud-soaked trenches during the First World War, the so-called pup ramps are now scattered on the Auckland Islands, about 460 kilometres from the South Island of New Zealand. These “escape” ramps help tiny seal lion scramble out of the muddy bogs, which would otherwise become watery graves.

Here’s one of the pups using a makeshift ladder.

New Zealand sea lions are listed as in “nationally critical” shape and are counted among the rarest species of sea lion in the world. This pup ramps project aims to turn around declining numbers. There are perhaps 10,000 left in the world, according to the government.

“The results of this summer trial are very exciting,” Ian Angus, the government’s marine species and threats manager said in a statement: “…It’s certainly a encouraging result for the sea lions.”

Researchers will continue to monitor, count and tag pups to gauge how well the ramps worked. 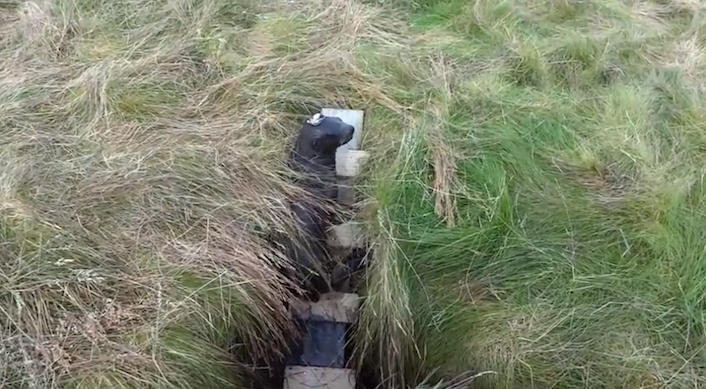