April the giraffe, finally, and fittingly, gives birth in April.

More than a 1 million people watched the Animal Adventure Park live stream the birth on Saturday morning after weeks of anticipation, and many false starts.

The facility, in Harpursville, NY, had set up the live stream, offered constant social media updates, and even text alerts for the occasion.

People were — and are — obsessed.

If you missed it live and want to see the birth now, just scroll back on the video.

But it happened pretty much as all giraffe births do. 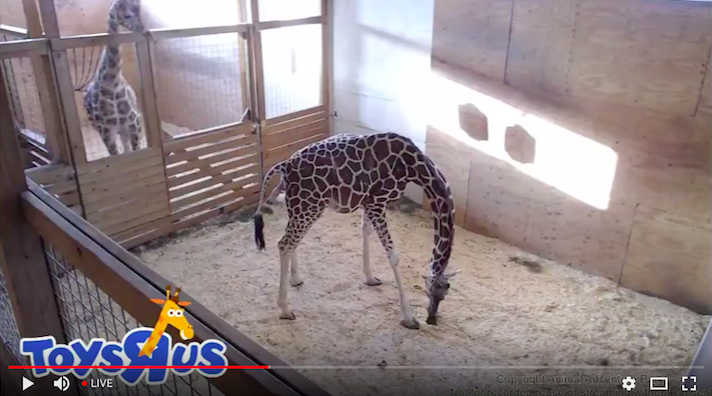 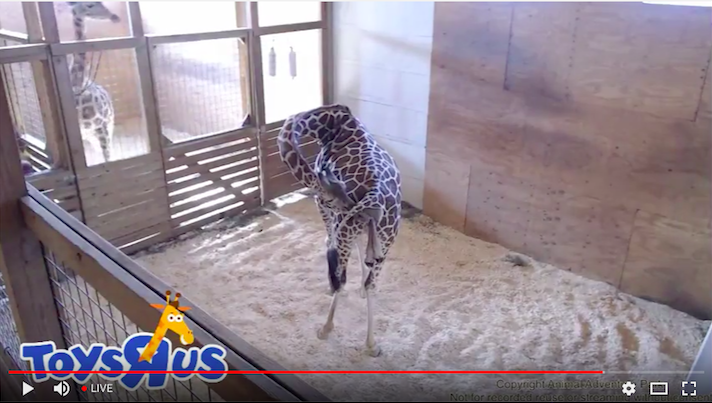 A head pokes out.

And then, the calf slowly slid six feet, or so, to the ground.

And quickly, April began mothering her new baby. Cleaning the calf and encouraging it to stand. 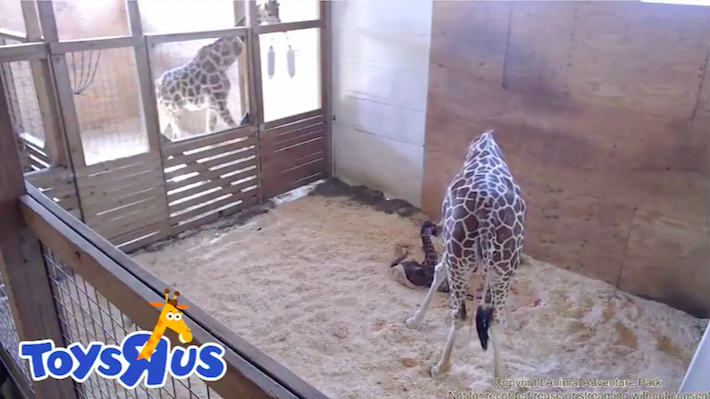 As the baby started to get up. 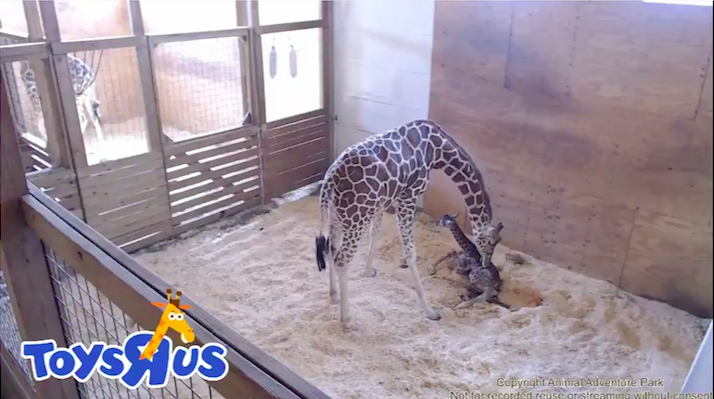 There was some falling.

And of course a change in the sponsor’s logo. 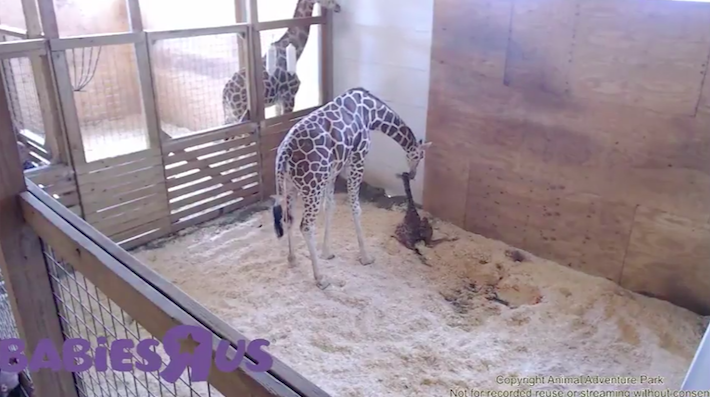 And a few seconds under foot. 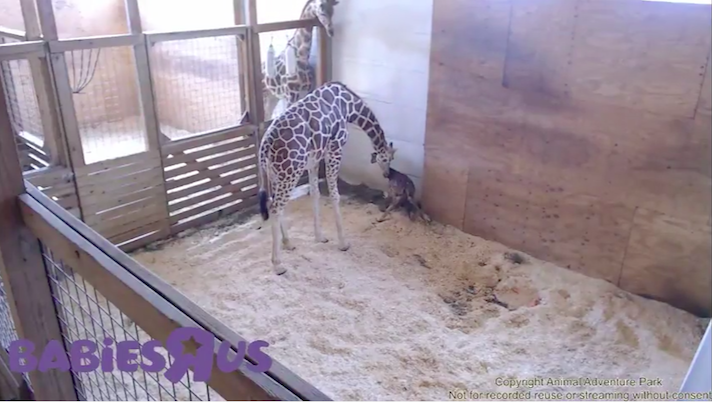 We know if you’re like us, this is the show to watch. 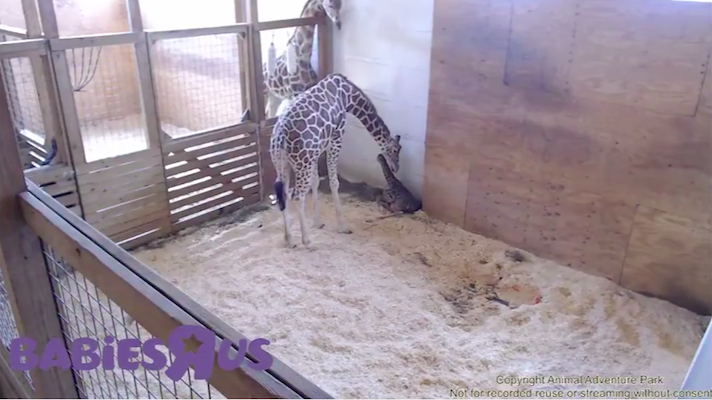 The Easter bunny brought something far better than chocolate. 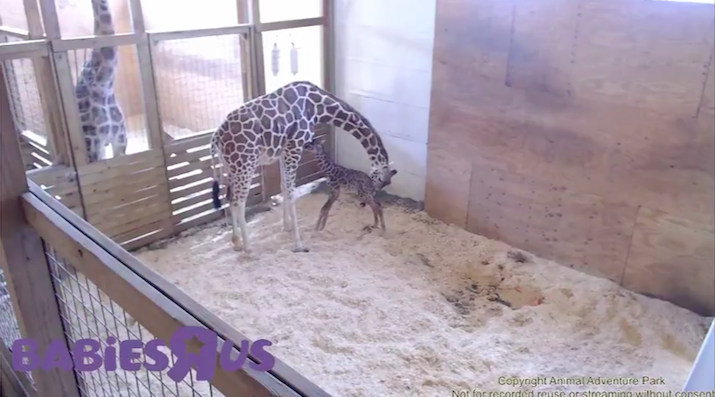 Now the park is looking for a name — your next great obsession.