Foghorn has his groove back.

Bylaw officials in Calgary, Alberta scooped up the rooster earlier this year from city property. The bird had two stumps in the place of feet. Officials said the rooster likely lost them to frostbite. In any event, he couldn’t walk.

But researchers at the University of Calgary just couldn’t let the footless bird suffer – or worse. Earlier this month they trotted out their unusual success story.

Dr. Daniel Pang, from the Faculty of Veterinary Medicine, who specializes in small animal pain and welfare, turned to Dr. Mark Ungrin, who happened to have a 3D printer in his lab. They also brought in Douglas Kondro, a mechanical engineering student.

After some trial and error, and using wild turkey feet as a guide, they set out to create prosthetic feet for the footless rooster.

“The first ones didn’t work,” Kondro said. “He couldn’t really walk and kept falling over so I was pretty disappointed. So I made version 2.0 and I strapped the feet onto him. It was pretty exciting to see him strut around.”

The team says 3D printing really has the potential to create customized prosthesis for both animals and humans.

“Even though things started out purely by chance,” Pang said. “This collaboration is really a very good example of how clinical sciences can tie in with basic researchers and solve a very real and very acute problem.” 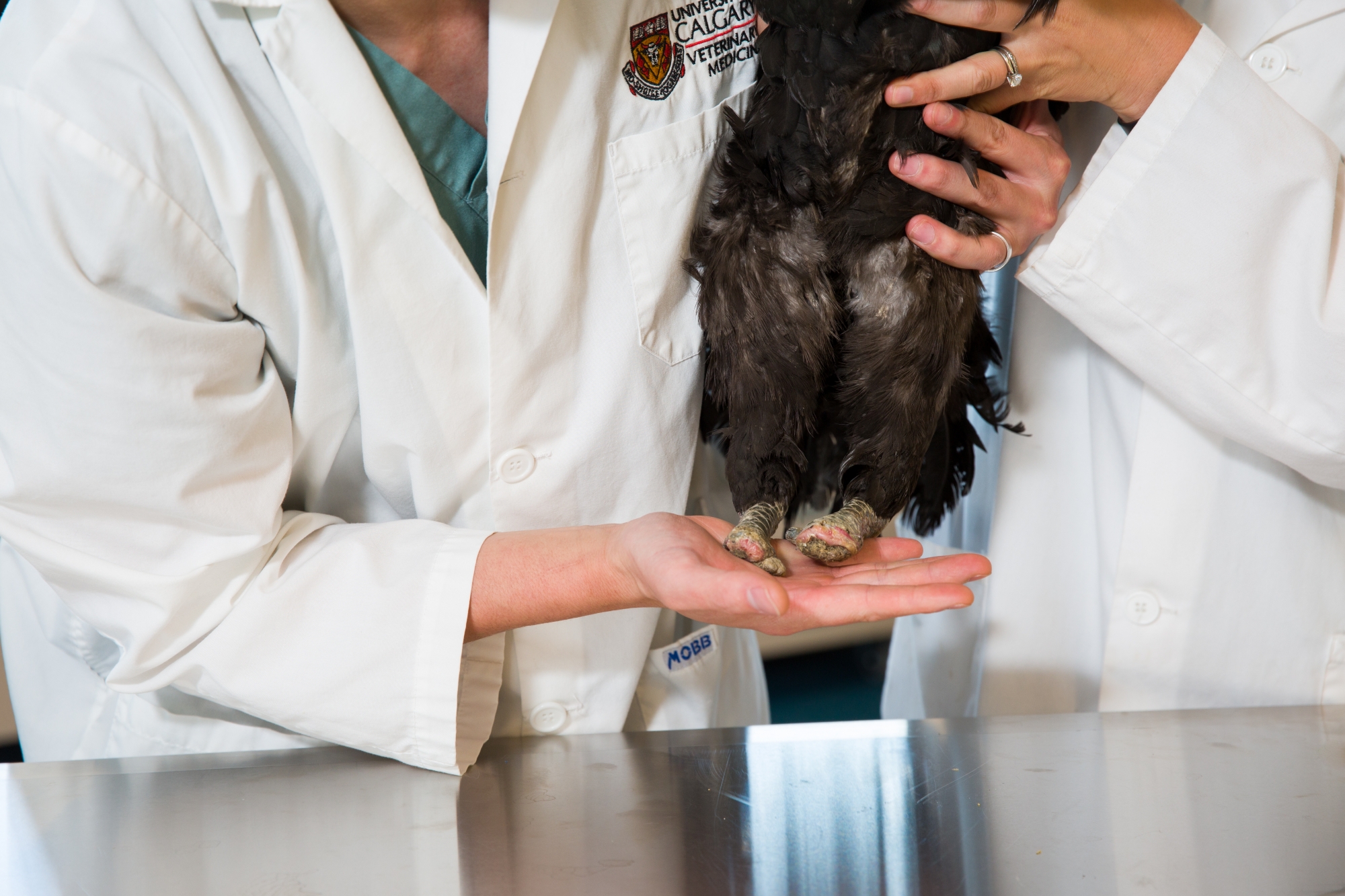 Foghorn has since been adopted by a family, and, according to the university, is “enjoying a normal rooster life at his new home on an acreage near Didsbury, Alberta.”

You can learn more about how Foghorn once again became leghorn here.