Heather MacIntyre is a nature photographer who has captured some pretty incredible images. But perhaps nothing compares to her recent magical encounter with a humpback whale named Windy.

The naturalist was on a tour boat doing some work with Maya’s Legacy Charters off the shores of Washington state earlier this month. That’s when Windy, known to local of the Salish Sea as “the friendly humpback whale” due to her penchant for hanging around boats – their motors off – swam up for a closer look at the humans.

“She seems to thrive on the connection,” MacIntyre noted on YouTube, where she posted a couple of videos of the evening. “She approached our boat as we were watching her from a distance, and surprised us all by surfacing within an arms length away! She stayed with us for about an hour! She was very interactive, raising her six-foot long pectoral fin as we waved to her, rolling over and making eye contact, and getting us covered in her exhalation. The more we interacted and gave her vocal attention, the more she seemed to interact. As a behavioralist, I was loving every minute of this. At one point she left us, and we thought that was goodbye. We stood corrected after she breached full out of the water twice, then came right back (surprising us again), as if to say ‘look what I can do!’ This was my encounter with her.”

“The closer we watched her, were slimed by her exhalation, laughed and yelled with joy, the more she seemed to interact,” MacIntyre wrote on Facebook. “It also appeared that she took enjoyment out of exhaling on us, and would position herself so we would get the full blow when she let loose! In fact, she did such a good job at this that she actually blew our passengers phone off her ‘selfie stick’ and into the sea!!” 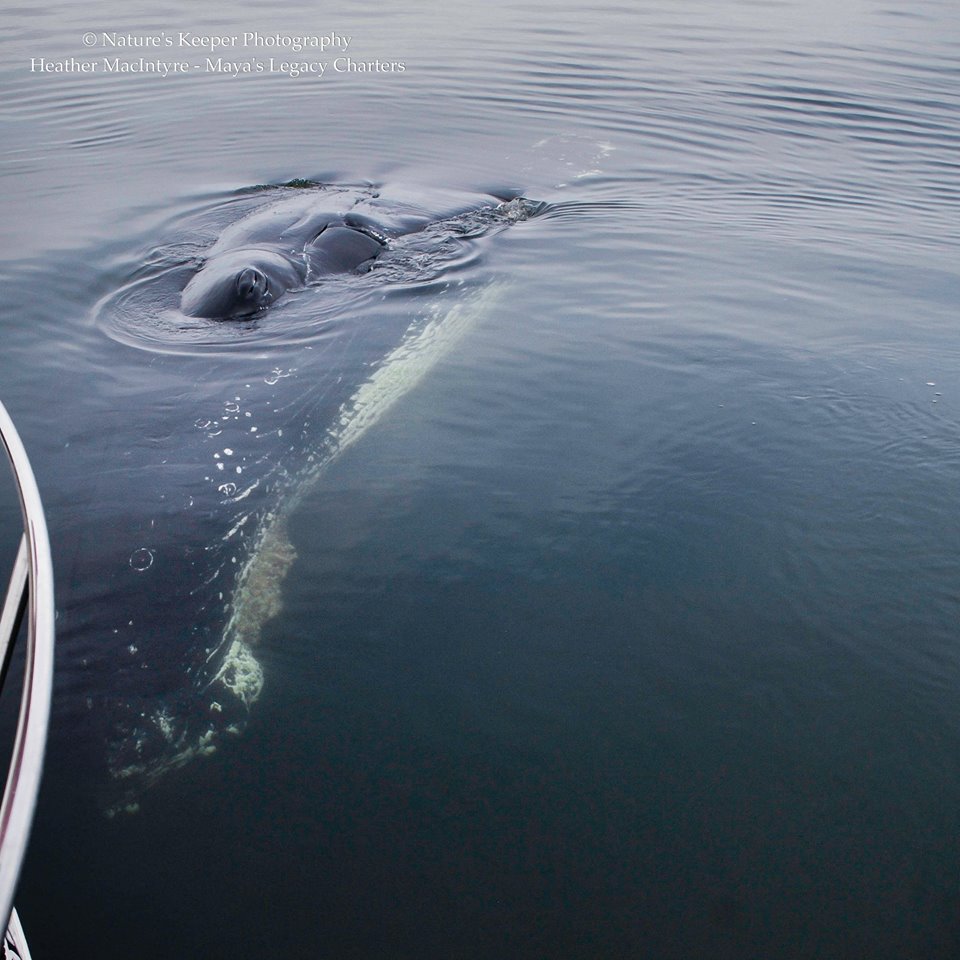 “My hope is that after reading this you all will ponder the ways in which you can make this world a better place for all the other life inhabiting it,” MacIntyre added. “Everyone has the power to make a positive difference in our world no matter what your situation and status. Everyone has the power to make the world less contaminated and sustainable. Windy is speaking to us, animals all over the world are speaking to us, it’s time to listen and take care of their Earth.”