Viscount died on Christmas Day after a bout of colic. The 18-year-old black Percheron was respected member of the Toronto Police Service mounted unit since 2001.

The horse was mourned Wednesday at the Thistledown Pet Memorial in Uxbridge, Ontario where officers who worked with the “gentle giant” and ordinary members of the public gathered in the cold. 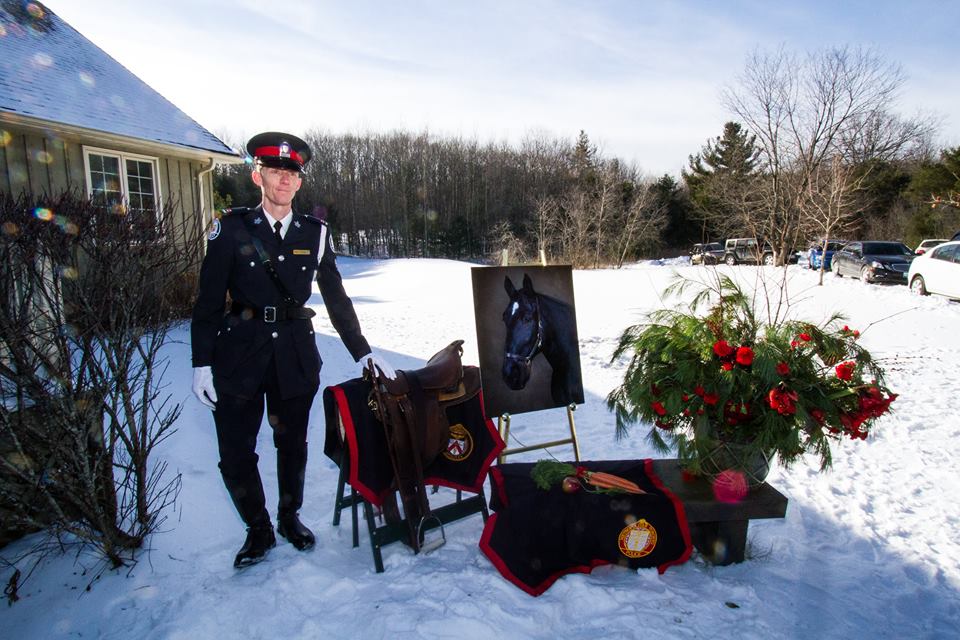 Staff Sergeant Graham Queen said due to his age, and seriousness of the illness, police had no choice but to euthanize the horse. Viscount was a reliable mount.

“A gentle giant with a very nice personality, he was one of the horses we used with our new recruits because he was so gentle and very safe,” he said.

Staff Sergeant Jim Patterson, was on the job for 37 years and on hand when Viscount joined the service.

“He wasn’t the bravest police horse, but he was excellent in terms of the relationship he developed with riders,”he added. “He was just a very comfortable, well-rounded, kind and excellent riding horse.”

Constable David Moore, who found Viscount in distress Christmas morning, recalled his last tour was of duty was a Justin Bieber concert at the Danforth Music Hall last month.

“We patrolled the concert area and we were there at the end just before Bieber and his entourage left. We were just keeping some of the people back and standing by just in case. While the concert was on, we went to the Withrow Park neighbourhood, which was experiencing a rash of robberies. We also did some enforcement as there is a problem with drivers going through stop signs and speeding in the area. There was a woman that went through a stop sign on Carlaw Ave. and Viscount was able to canter for us to catch up with her and give her a ticket. That was the last time we gave out a ticket.

“It was such a joy patrolling all parts of the city with him and he will be missed. It was a highlight just working with him in a wide range of situations from searching for a missing person to being in a huge crowd at a Blue Jays game or dealing with the night club crowd in the Entertainment District.”

“The Toronto Police Service would like to thank the members of the public for the condolences that have been sent since Viscount’s passing,” police said.

John Cavers was one of those members of the public who attended the special ceremony. He posted his memories of the day on Facebook. 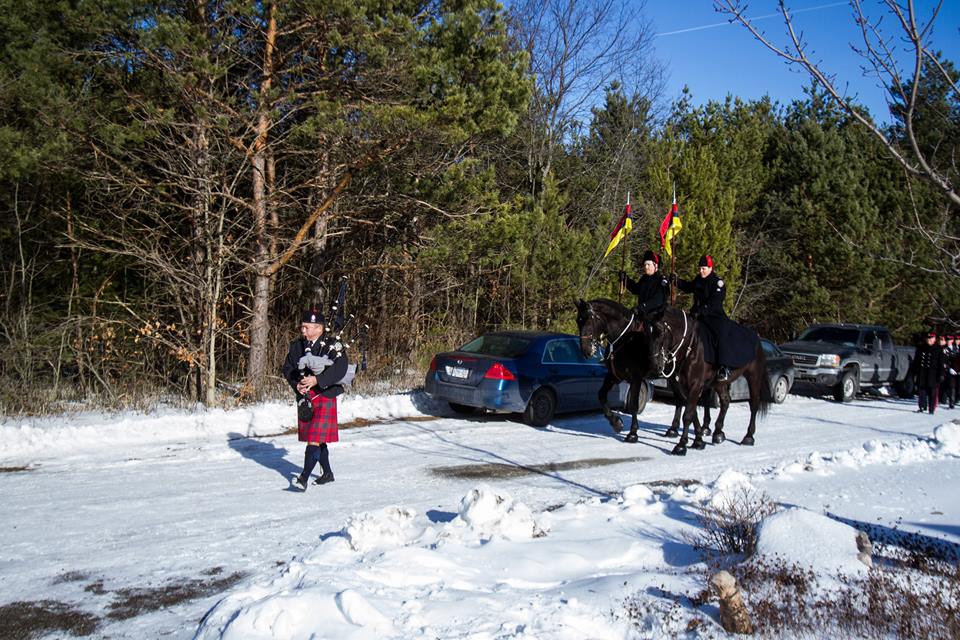 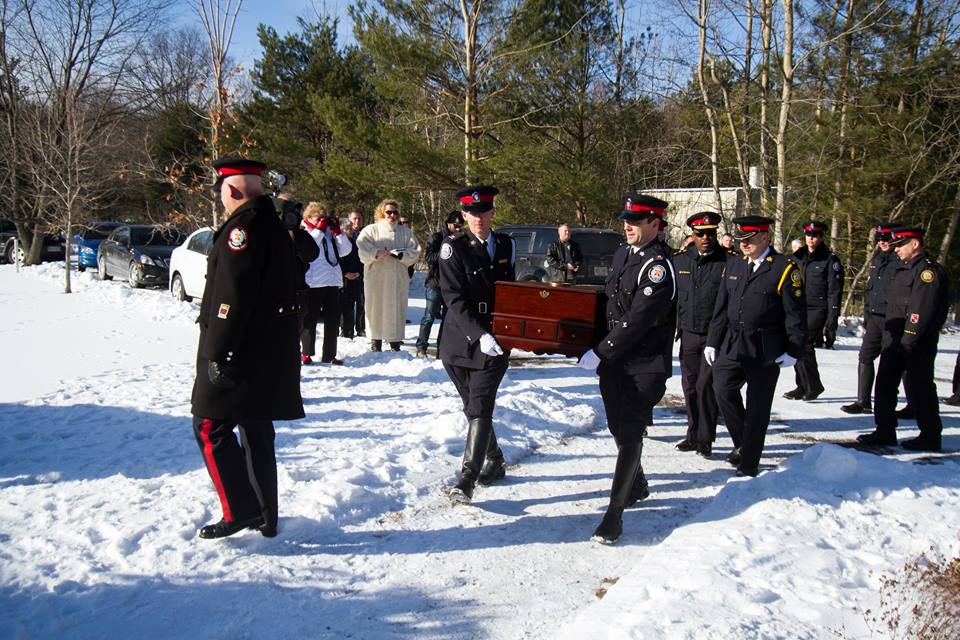 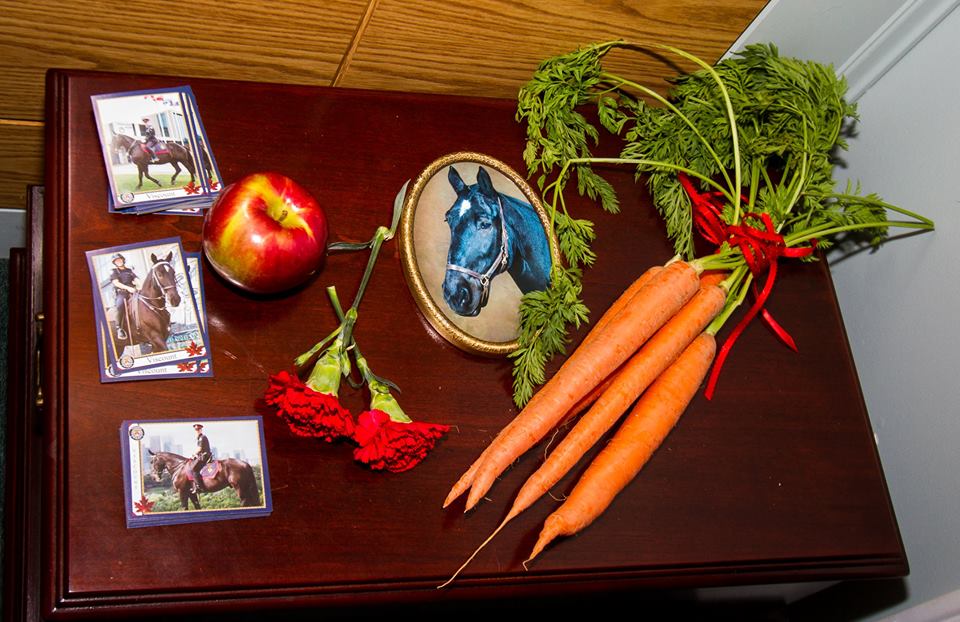 “At the Thistledown Pet Memorial south of Uxbridge a special service was held in memory of Police Horse Viscount, a 15 year Veteran of the Force,” Cavers wrote. “The Toronto Police Chief, their Chaplain and Constable McCarthy spoke at the ceremony. Numerous members of the Toronto Police Force and the general public were in attendance.” 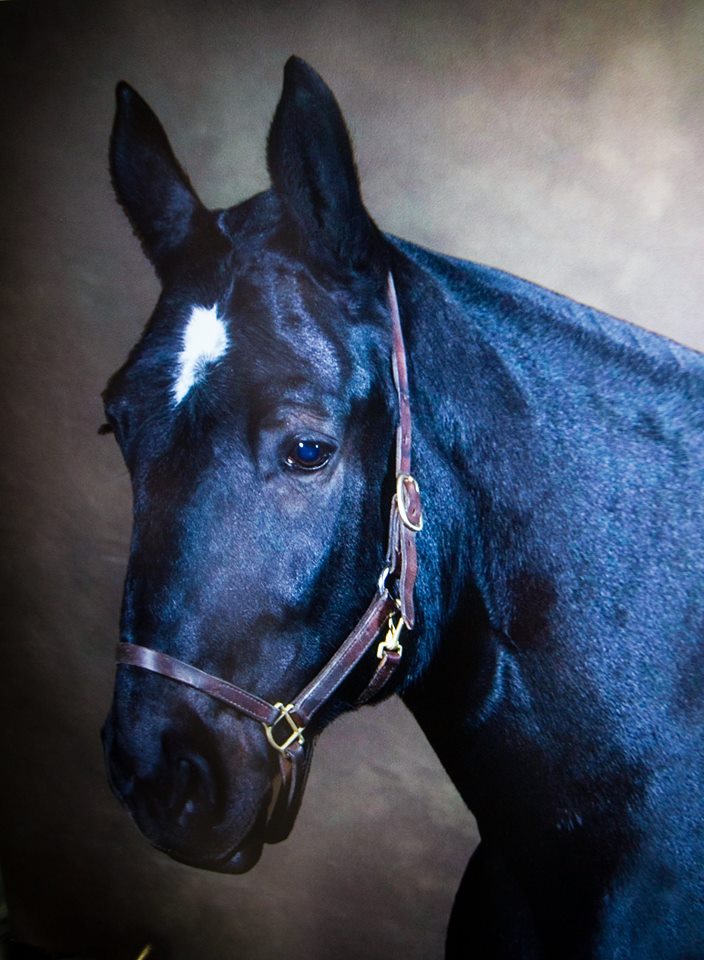