How many people does it take to rescue a goat dangling from a power line?

Six, it seems, and one to hold the camera.

Because who doesn’t want this epic rescue captured on video as a bleating, hapless goat caught by its horns on a wire waits for help. And of course, it was posted to YouTube. Someone called Kynoclub uploaded it the other day with no real explanation, yet amassing hundreds of thousands of views in the process.

According to Mashable, the bizarre scene unfolded along a rural road in Sykourio, Greece. That’s where a group of men, a truck, two ladders and a rope intervened. 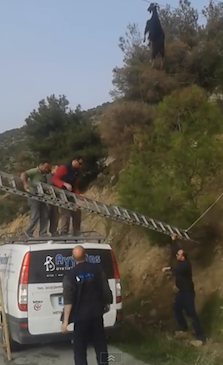 They tried to see if the goat would descend the ladder on its own. 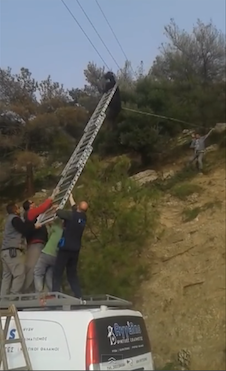 But that didn’t work. 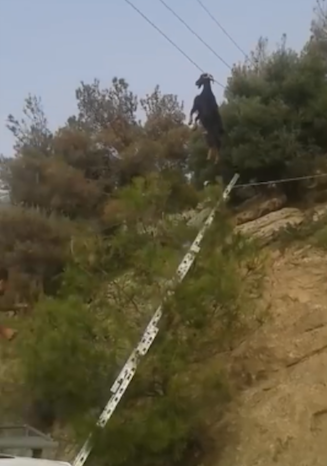 So they brought out the ropes to haul it down to their level. 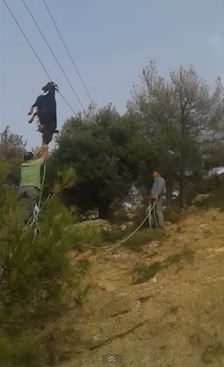 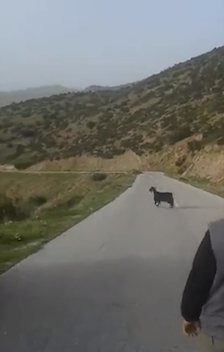