They may not be the most prestigious prizes in the world, but they certainly are among the most entertaining

The Ig Nobel Prizes, handed out annually at Harvard University to researchers who make us laugh — and then think, was littered with critters this week.

Researchers working with everything from flies to foxes lapped up the limelight on Thursday night.

Thomas Thwaites, whom we introduced you to as the GoatMan in the spring, is among the illustrious recipients sharing the Ig Nobel’s biology prize. 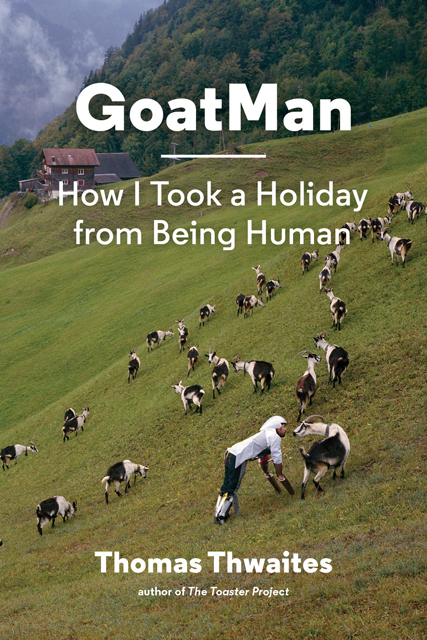 Thwaites, you may recall, is the designer who created some goat-like limbs that would allow him to move about a herd. And voila, his book — GoatMan: How I Took a Holiday from Being Human — became wildly popular.

“This is a huge honour,” said Thwaites as he collected his award, prosthetics strapped to his arms and legs.

He went on to explain his motivation for the work.

“I got tired of all the worry and pain of being a human and so I decided I would take a holiday from it all to become a goat,” he said, to laughter.

Thwaites shared it with Charles Foster, for “living in the wild as, at different times, a badger, an otter, a deer, a fox, and a bird.”

Meanwhile, the physics prize went to an international team of experts who discovered why “white-haired horses are the most horsefly-proof horses, and for discovering why dragonflies are fatally attracted to black tombstones.”

And, the literature prize went to a Swede for “his three-volume autobiographical work about the pleasures of collecting flies that are dead, and flies that are not yet dead.”

Watch the entire awards ceremony below.

It really is entertaining, but if you just want to see Thwaites amble over on all fours to receive his award, then scroll ahead to about the 1-hour 11-minute mark.