NASA astronaut and TV host Leland Melvin has another title: best dog dad in the galaxy.

The Atlantis Space Shuttle traveler has his two dogs Jake and Scout in his official astronaut portrait.

Hi twitter handle is @Astro_Flow and his bio is amazing. 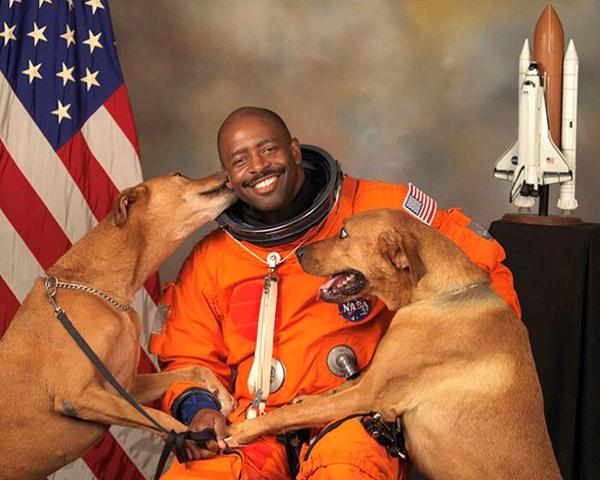 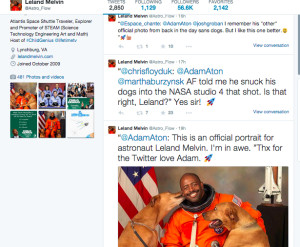 as in football training camps for the Toronto Argonauts and the Dallas Cowboys.

But to Jake and Scout and the rest of us, he’s just way cool and admits yep, he sure did sneak his dogs in for his official portrait.