Brians of Britain rose up in outrage after a police horse candidate name Brian was slated for a name change to be more “godlike.”

Thames Valley Police didn’t realize how much trouble it would get into when it sent out a notice that Brian, which was being tested to see if he qualified for the mounted section, would get a different name if he became a police horse.

That sparked a pro-Brian wave.

I think it’s a marvellous name for a horse, it’s a friendly name, you would want to be kept safe by a Brian”

Thames Valley police had said in keeping with its tradition, Brian would be given a more authoritative moniker like Thunder or Odin if he passed the test to be a police member.

Strangely, however, the Thames Valley police let police horse Albert (seen here) who is set to retire at the end of his month, keep his name. 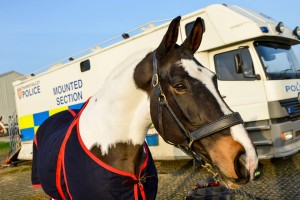 The hashtag #iambrian became a symbol of Brian pride.

Brian Poulson, from Bracknell in Berkshire, said he was “appalled”.

“There is no way they should be changing the name – every horse should be called Brian.

However, Brian has failed to make the grade and the six-year-old cross breed will now be returned to his owners.

Police said he Brian didn’t settle to an urban environment and was nervous.

Sgt Spencer Kervin said Brian was brought up in a rural environment and couldn’t adjust.

“You can see the change in him when he walks out the gates of the police station, which endangers him, the officer on board and the public around his feet.

Brian will now be returned to The Stables Equestrian Centre in Bedfordshire.

“Despite his fame, Brian’s not made it through his trial and returns to his owner today. 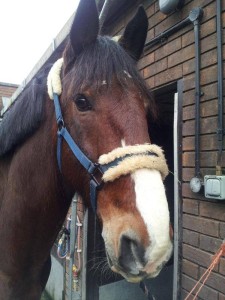 But don’t be sad about Brian’s return to civilian life, the police urged.

“Always look on the bright side of…”