Some bighorn sheep from Alberta are enjoying Canada Day in South Dakota.

Earlier this year, 25 bighorn sheep were scooped up from near the coal mines in Cadomin and transferred south of the border as part of an ongoing U.S. sheep repopulation effort.

This if the fourth straight year Alberta has captured the province’s official mammal – 100 to date – and moved them to Nebraska, Nevada and North Dakota.

“The area where the sheep have been captured has a high sheep population. There is no hunting currently allowed on these reclaimed mine sites and the population of sheep may be approaching carrying capacity. Removing these sheep for relocation will help keep the habitat, especially winter range in better condition for the sheep,” Alberta Environment and Parks said in a statement.

There are a few moments of stress for the sheep – and officials – during capture but the animals are unharmed during transfer. 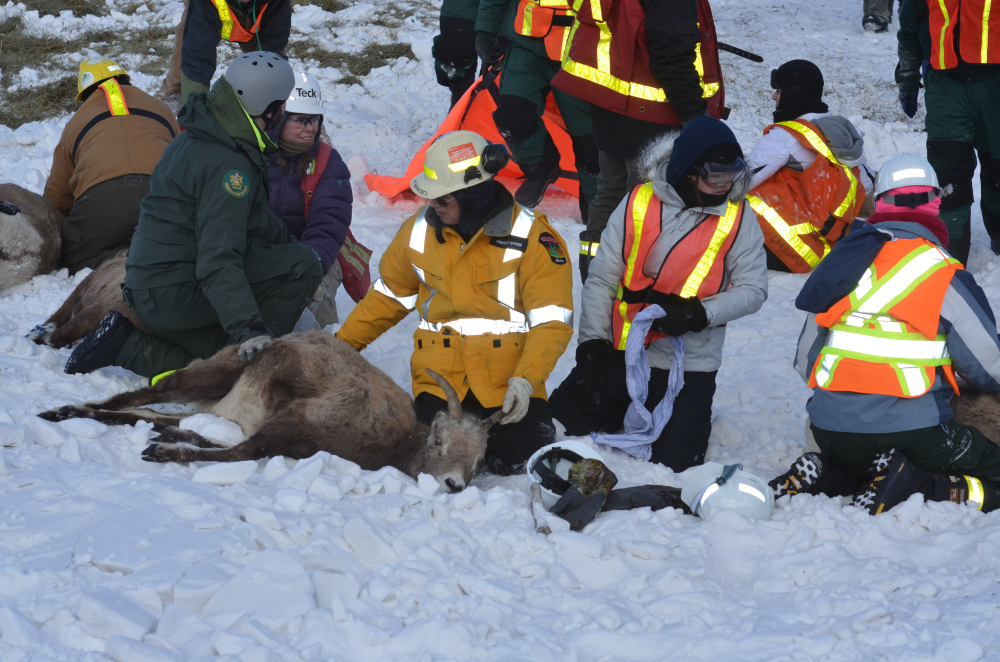 Here’s how they do it.

Most of the sheep are females and usually pregnant from the previous breeding season.

“There have been high lambing rates with the relocated sheep which provides another boost to the new populations,” the province says.

They are also monitored with radio collars and ear tags.

“Helping other jurisdictions with wildlife management projects works both ways. Alberta is also recognized for being a source of robust, healthy sheep with strong genetics that do well when relocated,” the government adds.