Carmen, a 9-year-old boxer dog, hailed as a hero for trying to save her owner’s life and nearly losing her own life in a house fire, is bouncing back. Firefighters in Goshen Township, Ohio found the dog covering her owner’s face and shielding him from the flames in a basement fire last week. Unfortunately, her owner, Ben Ledford, 33, died from his injuries. (Here they are in happier times.) 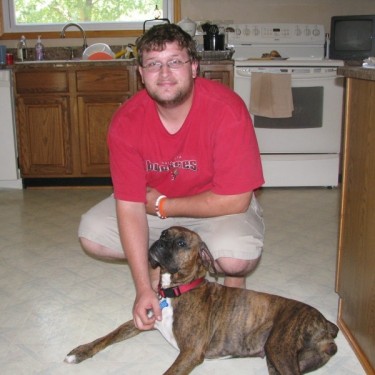 The fire also did serious damage to Carmen’s lungs. She was put on a ventilator and is being cared for around the clock by veterinarians at the Cincinnati Care Center, who have been posting updates on the dog’s condition to their Facebook page. 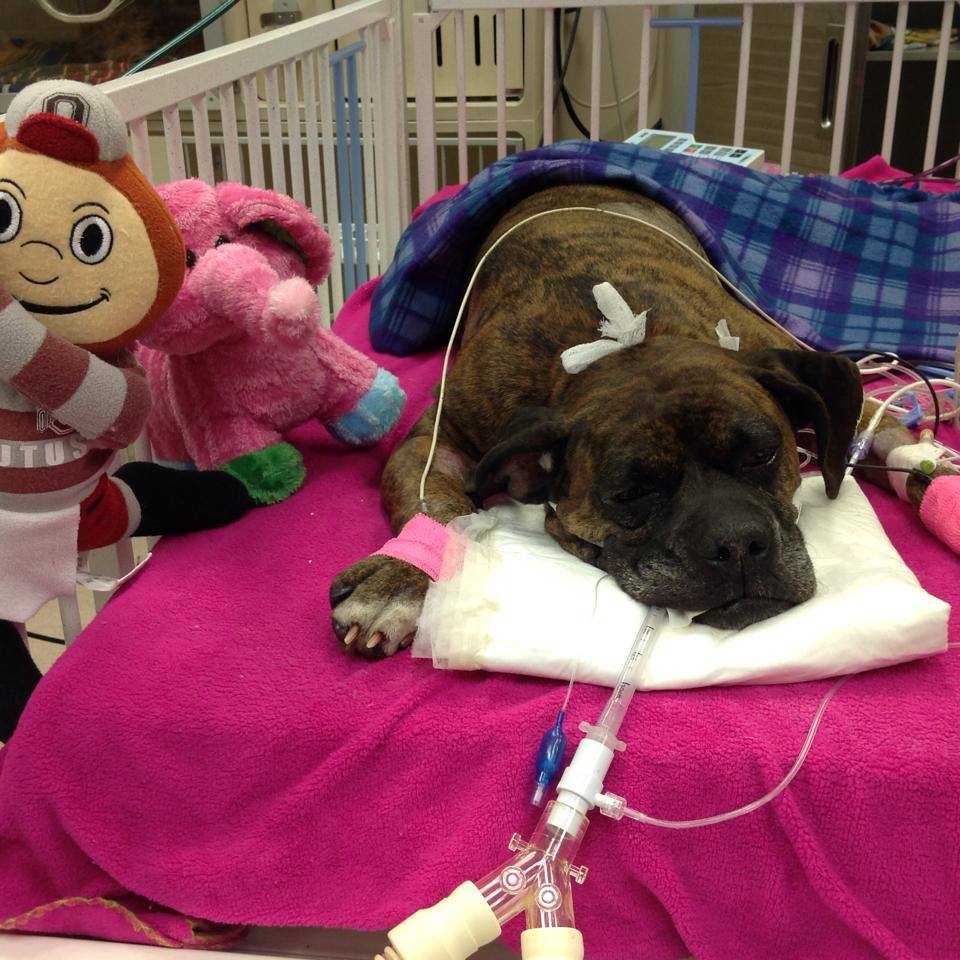 This week, vets started the process of slowly weaning Carmen off ventilator support. While her vital signs remain stable, she still needs intensive critical care. She also started to wake up from the sedation drugs. 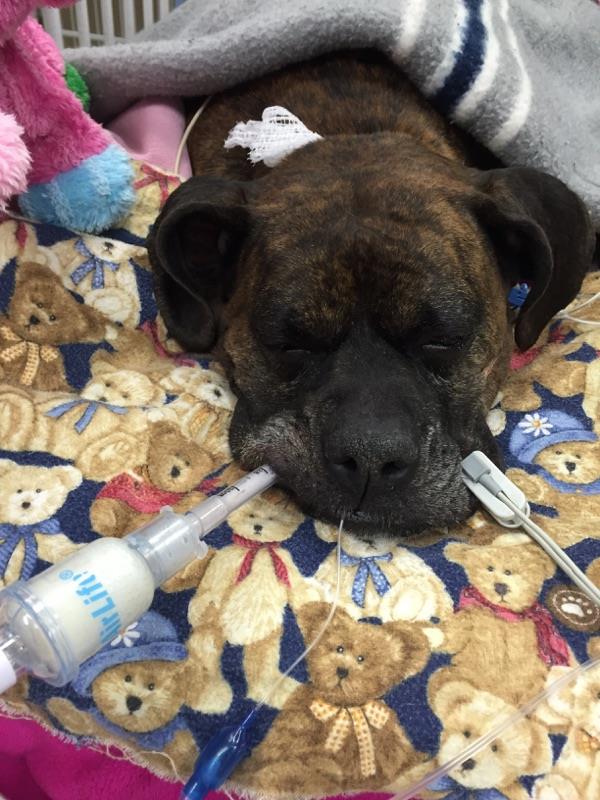 And, even better news came Wednesday as she came off the ventilator. She also received ultrasound therapy to reduce some of the swelling. And, she is awake. 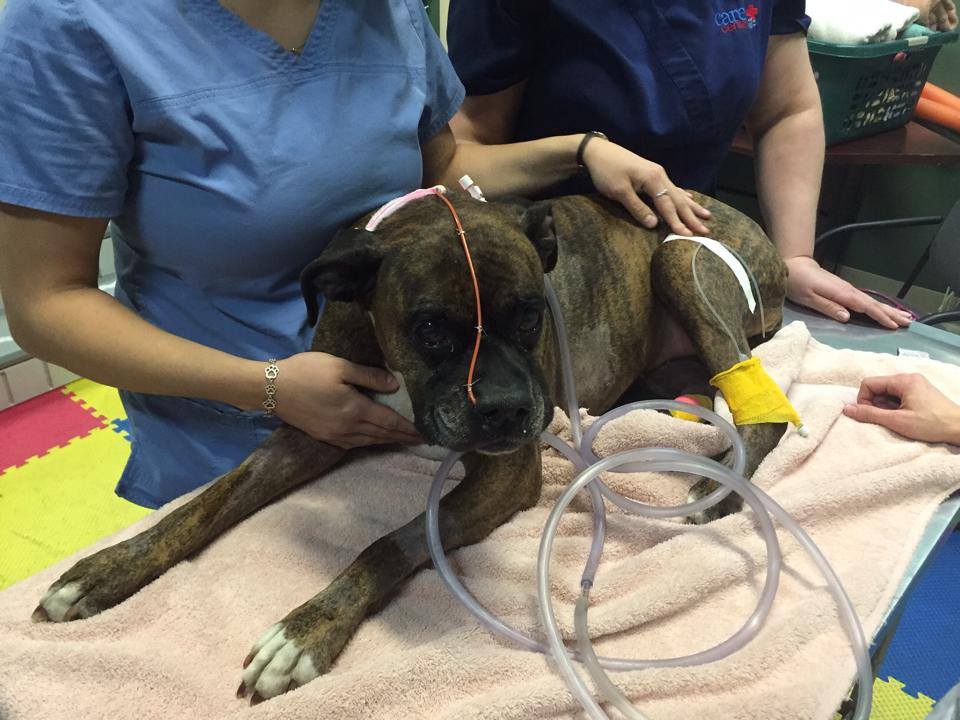 “Carmen also stood with support from our team on a peanut therapy ball for about five minutes which was amazing. She still requires oxygen therapy at this point but is breathing very well and has started rehabilitation to get her back to being strong,” the clinic said. 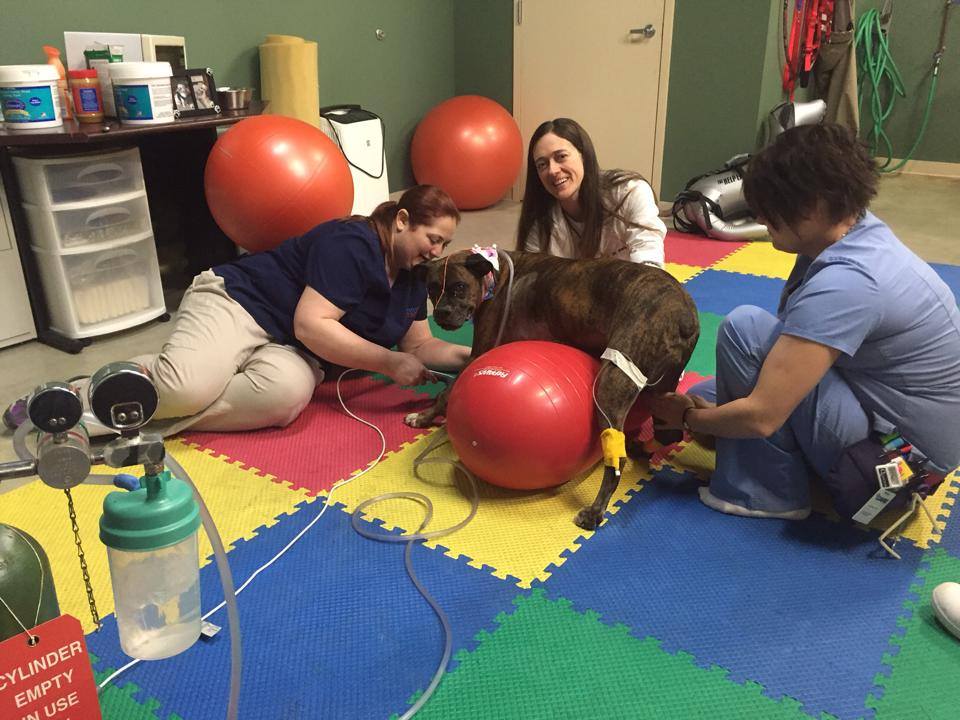 Meanwhile, fundraising campaigns are underway to pay for Carmen’s significant medical bills. The campaign has already exceed its $25,000 goal, but cash keeps pouring in from around the world.

“The ongoing support for Carmen, and Carmen’s family, has been overwhelmingly positive,” campaign organizer and relative Phil Ledford wrote on the page. “The family is humbled by the generosity being offered to help Carmen.”

Meanwhile, a similar campaign for the Woster family, whose home was burned in the blaze, is also underway. Ben Ledford, who was a business partner with the family, was also living in the home. So far, it has almost reached its $5,000 goal.