New Zealand has asked for international help to track down those behind a trio of fishing vessels of that have been illegally snapping up toothfish in the Southern Ocean.

Interpol issued Purple Notices, which are used to gather information about criminals, to all 190 member countries last week to source the ownership of the vessels named the Yongding, the Kunlun and the Songhua. The ships were spotted earlier this month by the Royal New Zealand Naval Patrol “hauling gill nets laden with toothfish,” a fishing method that is banned in the region, which is governed by the the Convention on the Conservation of Antarctic Marine Living Resources.

The ships, which were also spotted in December, 2014, have frequently changed their names, national registration and other identifying marks many times to avoid detection, Interpol said in a statement.

The Yongding has operated under at least 11 different names and nine flags since 2001. 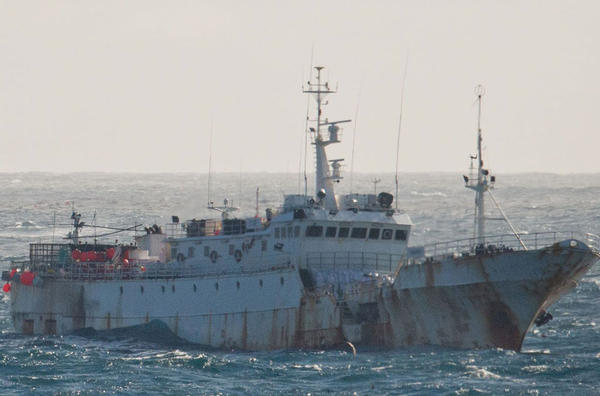 The Kunlun has used at least 10 different names and five flags since 2006.

Both it and the Yongding are allegedly owned by Stanley Management Inc., which is believed to be a shell company based in Panama.

“By repeatedly changing these characteristics, the owners and operators of the Kunlun (and Yongding) demonstrate a willingness to avoid the sanctions associated with ‘blacklisting,'” the Purple Notice says. “They are suspected of violating national laws and regulations, as well as international conventions and otherwise being engaged in fraud and fisheries-related crimes.” 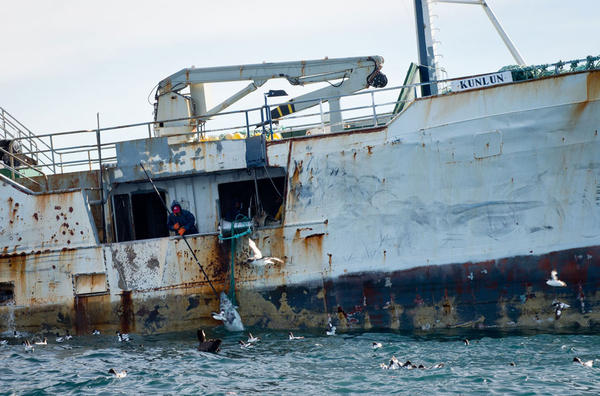 The Songhua  has been listed as an illegal, unregulated and unreported vessel since 2008 when it was named the Paloma V, and linked with the Vidal Armadores syndicate.

“Since then, the Songhua has used at least eight names under six flags and is currently purported to be owned by Eastern Holdings Ltd, believed to be a shell company based out of Belize,” according to Interpol.

“When approached by the patrol vessel, the Songhua continued to fish and did not give any indication that the vessel would cease fishing and leave the area,” the Purple Notice says.

And frankly, all three ships look like they can barely float. 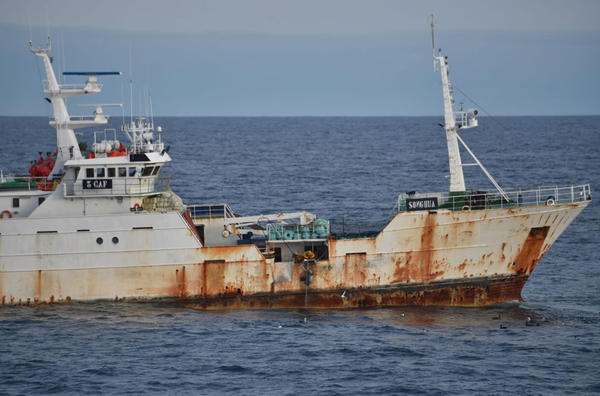 The Purple Notices are used to collect information on modi operandi, objects, devices and concealment methods employed by criminals. Owners of all three ships have been cited for abusing registries and licensing regimes.

“New Zealand is committed to doing its part to protect the Southern Ocean and we will continue to work with international partners to take every possible action to deter illegal fishing and prosecute those responsible,” New Zealand’s Foreign Minister Murray McCully, said in requesting Interpol’s help.