We hate the fact that an organization like The Arrow Fund has to exist.

The Arrow Fund is based in Daviess, Kentucky and is a non profit organization that provides medical treatment to animals who have been victims of extreme torture, abuse and neglect.

After securing care for the animals they take in, they then focus on holding the abuser responsible for his or her actions.

The case of Lad, a Rough Collie, is pretty extreme. The dog was shot in his muzzle and the lower half of his jaw was severely damaged. He was given amazing medical care from specialists.

Not only was he extremely underweight, but the gunshot wound caused severe infection in his jaw. After four months of treatment and gaining fans from all over for fighting to stay alive, Lad died earlier this month.

The man now charged with cruelty, Matthew Beauchamp, is scheduled to appear in court August 25th. 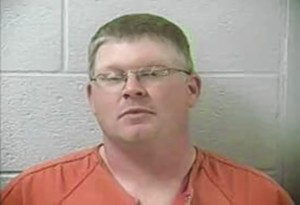 Let’s hope that Lad finally gets justice for the pain and suffering he went through and other abusers don’t get away with their crime.