Have you always wanted to see a polar bear in the wild? Well, now you can from the comfort of your couch as the annual polar bear migration in northern Manitoba is underway and live online.

Wapusk National Park is where most of the polar bears on Western Hudson Bay are born. The park is also home to one of the world’s largest known concentrations of polar bear dens where female bears give birth at the end of November and early December.

A number of polar bear cams are now rolling in the region.

Every autumn, large male polar bears gather along the northern Hudson Bay coast at Cape Churchill, as they wait for the sea ice to form. The ice, of course, gives them a place to hunt for seals, a key food source. Parks Canada says viewers are likely to only see large male polar bears in the webcams. They are in the midst of “walking hibernation,” as their metabolism slows to conserve energy. The mothers and cubs won’t come of their dens until February and March and make the move to hunting grounds in Hudson Bay. 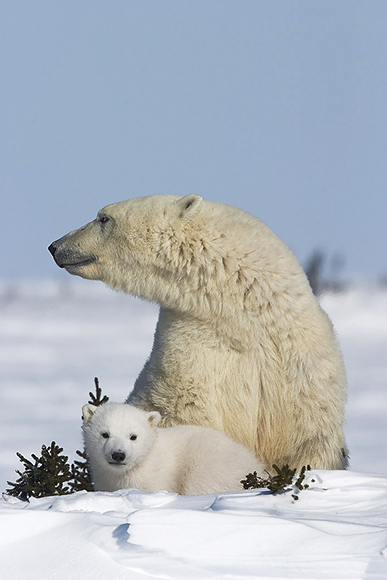 The polar bear cams are hosted by philanthropic media group explore.org and Frontiers North Adventures is also providing additional webcams. The group takes tourists from Churchill out to see the large bears.

Be warned: Livestreaming can be addictive. Just seeing bear tracks is thrilling.