Akagera National Park  has had a troubled history but a bit of good news may be heading to the park in Rwanda.

The 1,112 square kilometre park is located in the north east of Rwanda along the border with Tanzania. It is named after the Akagera River that flows along its eastern boundary and feeds into a labyrinth of lakes of which the largest is Lake Ihema.

Fifteen years ago, the last lion at Akagera died. Not through the loss of habitat or other natural changes. But a number of the species were poisoned by cattle herders in the years when the park was unmanaged following the 1994 genocide.

Although Akagera was founded in 1934, much of the park was re-allocated as farms to returning refugees following the Rwandan Civil War. As a result, in 1997 the park was reduced in size from more than 2,500 square kilometres.

As part of its rebuilding process, seven lions from South Africa are on their way to Akagera through a program by African Parks.

The lions are from the South African  province of KwaZulu-Natal and had lived relatively small, confined reserves where it is necessary to remove surplus lions, a situation that arises with good management.

In the prime of their lives, the lions have been selected based on future reproductive potential and their ability to contribute to social cohesion: young adults, sub-adult females and young adult males from different genetic stock.

The lions have already been captured and are being held in in bomas in Phinda and in Tembe Elephant Park. 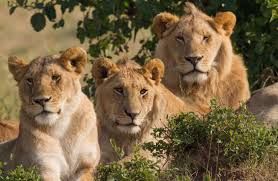 On Monday, they were tranquilized, placed in individual, steel crates, and loaded on to trucks for their journey to OR Tambo International Airport in Johannesburg.

At the same time they will be fitted with satellite collars which will enable the Akagera park management team to monitor their movements and reduce the risk of the lions breaking out into neighbouring community areas. As an additional precautionary measure the park fence has also been predator-proofed.

The collars have a two year life by which time the park team will have evaluated the pride dynamics and can determine whether it is prudent to re-collar any of the animals.

On arrival in Johannesburg the seven lions were immediately loaded on to a charter flight and flown to Kigali, the capital of Rwanda, from where they will be transported by road to Akagera National Park on 30 June.

The entire journey is expected to take approximately 26 hours. They will be continually monitored by a veterinary team with experience in translocations. They will be kept tranquilised to reduce any stress and will have access to fresh water throughout their journey.

On arrival in Akagera National Park they will be placed in a specially-erected, 1,000m² boma in the north of the park. Split into two separate enclosures, the perimeter features a three-metre high, chain-linked electrified fence. 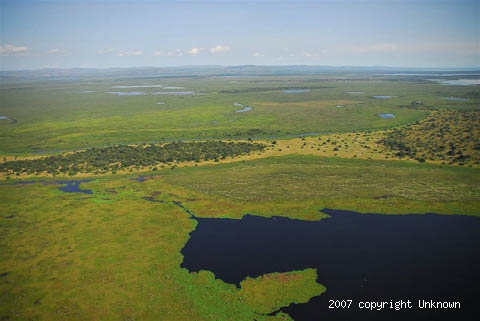 A water reserve has been constructed within the boma and the lions will be fed every three to four days, replicating their natural feeding pattern. They will be quarantined for a minimum of 14 days, during which they will be continually monitored, before being released into the wilderness of the park.

“The return of lions to Akagera is a conservation milestone for the park and the country, said Peter Fearnhead, CEO African Parks.

“Restoring national parks to their former biodiversity state is a key deliverable of the African Parks conservation model and we, in conjunction with our Government partner, the Rwandan Development Board, are delighted to have been able to reintroduce one of the key species to this beautiful national park.

Ambassador Yamina Karitanyi, the Chief Tourism Officer at the Rwanda Development Board said:

“It is a breakthrough in the rehabilitation of the park under the public private partnership between the Rwanda Development Board and African Parks. Their return will encourage the natural balance of the ecosystem and enhance the tourism product to further contribute to Rwanda’s status as an all-in-one safari destination.

Last year, as part of the preparations for the reintroduction, the Akagera park team implemented a comprehensive sensitisation programme in communities surrounding the park to promote harmonious co-existence with lions.