One of the largest animal cruelty bust in U.S. history forced the closure in Florida of a slaughterhouse and unlawfall selling of horse meat for human consumption in a region known for its equestrian events and fancy polo competitions.

Six people were arrested following the raid and charged with illegal and inhumane crimes against animals.

The raids at three separate locations in the Greater Welling area in Florida were executed by law enforcement teams after a six-month intensive undercover investigation by the Animal Rescue Mission. The animal cruelty bust has been touted as the largest of it’s kind in history. 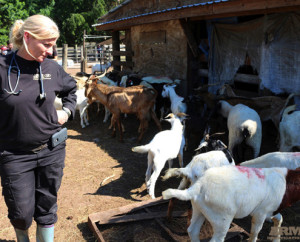 The investigation by ARM uncovered animal cruelty and selling of horse meat in an area near Palm Beach and Wellington, both areas known for their equestrian centres and show horse farms.

During the raids at the three illegal animal slaughter farms by S.W.A.T, gang strike force teams and even the bomb squad were called in when a rocket launcher and suspicious paraphernalia were discovered on the Rancho Garcia property. 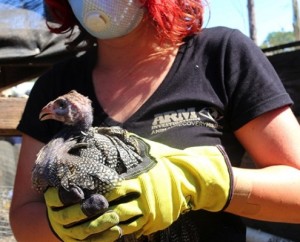 These crimes included, but are not limited to; illegal animal slaughter farms for human consumption, animal sacrifice sales, animal fighting and some of the most incomprehensible backyard dog breeding businesses that ARM undercover investigators have witnessed. 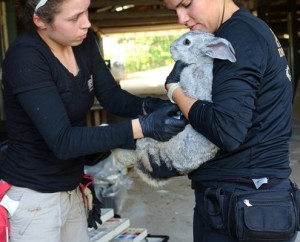 These dogs were being locked in small cages with no food or water and left to fester in their own excrements.

Animal Fighting paraphernalia and horse meat in the freezers were also collected as evidence during the raid
on both Rancho Garcia and G.A Paso Fino. At this point, Rafael Ramirez has been charged for the possession of horse meat for human consiumption and awaits further charges. These will lead to serious felony convictions if the meat returns back as positive to horse meat. Another shocking revelation that will be further investigated by both the Animal Recovery Mission, crime scene and Florida Fish and Game departments. 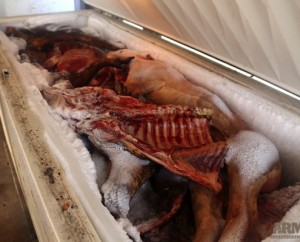 After the evidence was uncovered, the Animal Recovery Mission is now offering a $15,000 reward for any persons who can come forth with information leading to the conviction and arrest of horse killers in the Palm Beach and Miami Dade county’s were a strong connection of an underground market and trafficking has been revealed.

Almost 750 animals were seizure between the three farms. The Animal Recovery Mission has been granted ownership of the animals that are not at animal control for testing (pigs and chickens). They will live their lives out in peace on ARM’s newly developed sanctuary division. 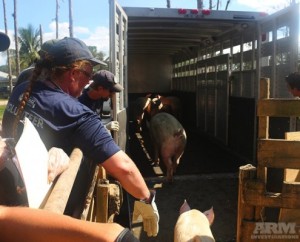 The Sanctuary was created prematurely due to the lack of lifelong sanctuaries in the state of Florida and any donation of feed, supplies, building renovation, vet care or monetary donations are greatly appreciated in the efforts to provide a better life for the abused animals.