We’ve only recently learned the term canned hunting, which as we’ve discovered is the use of animals kept specifically for people to hunt and kill.

In December, a canned hunt was held outside Hamburg, Pennsylvania. According to an investigation from SHARK, emaciated pigeons, and cage-raised pheasants and chukars were hand thrown into the air and shot for fun. 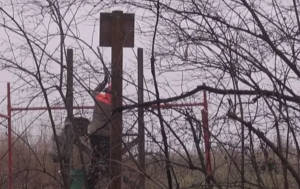 The advocacy group which stands for SHowing Animals Respect and Kindness had access to an adjoining property and were just a few yards away from one of the shooting stations, where the activists filmed the video below. They found that many wounded victims were left to suffer in the surrounding countryside.

Canned hunts are entertainment for psychopathic cowards who kill for pleasure. Please stand against all canned hunts, whether it be bears, lions or birds, for these disgusting and vile events have no place in a civilized society.

The group has started a petition demanding changes to laws in Pennsylvania. They contend that the leader of the state’s House of Representatives, was given a large donation from a political action committee (PAC) three days before a bill that PAC was against was supposed to be voted on.

That representative, Mike Turzai then used his power to fulfill the wishes of that PAC; the legislation was not voted on and it died.

The group also wants people to contact Governor Tom Corbett and demand an end to live pigeon shoots and for those who live outside the state to tell the Pennsylvania Tourism Bureau that you won’t be vacationing in PA because of illegal live pigeon shoots.