This was no ordinary trek to retrieve meteorological equipment and oceanic moorings from a remote weather station in northwest Greenland.

Steffen Olsen, a climate researcher, from the Centre for Ocean and Ice at the Danish Meteorological Institute snapped an image midday June 13 showing a team of sled dogs wading through melting sea ice.

The startling photo makes the dogs look as though they are walking on water in the middle of Inglefield Bredning fjord.

“We are not on the ice sheet here, the dogs are running on sea ice flooded by surface melt water,” Olsen posted on Twitter.

Researchers and local hunters have been measuring ice thickness in the area for almost a decade.

“We know the ice is around 1.2m thick and that we have about 870m water below us,” Olsen explained to gobsmacked followers on social media, who worried both about climate change and the safety of the dogs and crews.

“These local hunters and their dogs are really experienced, daily life in the high arctic,” he added. “We rely on traditional knowledge in the field though of course insisting on analyzing available satellite scenes in the joint planning.”

@SteffenMalskaer got the difficult task of retrieving our oceanographic moorings and weather station on sea ice in North West Greenland this year. Rapid melt and sea ice with low permeability and few cracks leaves the melt water on top. pic.twitter.com/ytlBDTrVeD

Rasmus Tonboe, who is a climate researcher at DMI, has studied four decades  of satellite measurements of sea ice in the Arctic Ocean. In essence, the faster the Arctic melts, the further it enhances global warming.

Still, the implications of the photo are dramatic.

Communities in #Greenland rely on the sea ice for transport, hunting and fishing. Extreme events, here flooding of the ice by abrupt onset of surface melt call for an incresed predictive capacity in the Arctic @BG10Blueaction @polarprediction @dmidk https://t.co/Y1EWU1eurA

And yes, the photo is real.

The Danish Meteorological Institute confirmed the “extreme conditions on an exceptionally hot day” as the melt water flowed onto the ice.

Is the image more symbolic than scientifically conclusive?

That depends who you ask.

This spring’s ice melt in Greenland has been above average, according to the National Snow and Ice Data Center.

And there has been a spike in melt just as the water-walking dogs photos was taken.

“The number of surface melting days was well above the 1981 to 2010 average for the beginning of the 2019 Greenland melt season, particularly along the southeastern coast,” the center added in its spring update.

Compared with the same time period, it was “unusually warm over nearly the entire ice sheet,” the center continued, with temperatures more than 4 degrees Celsius (7 degrees Fahrenheit) above average. 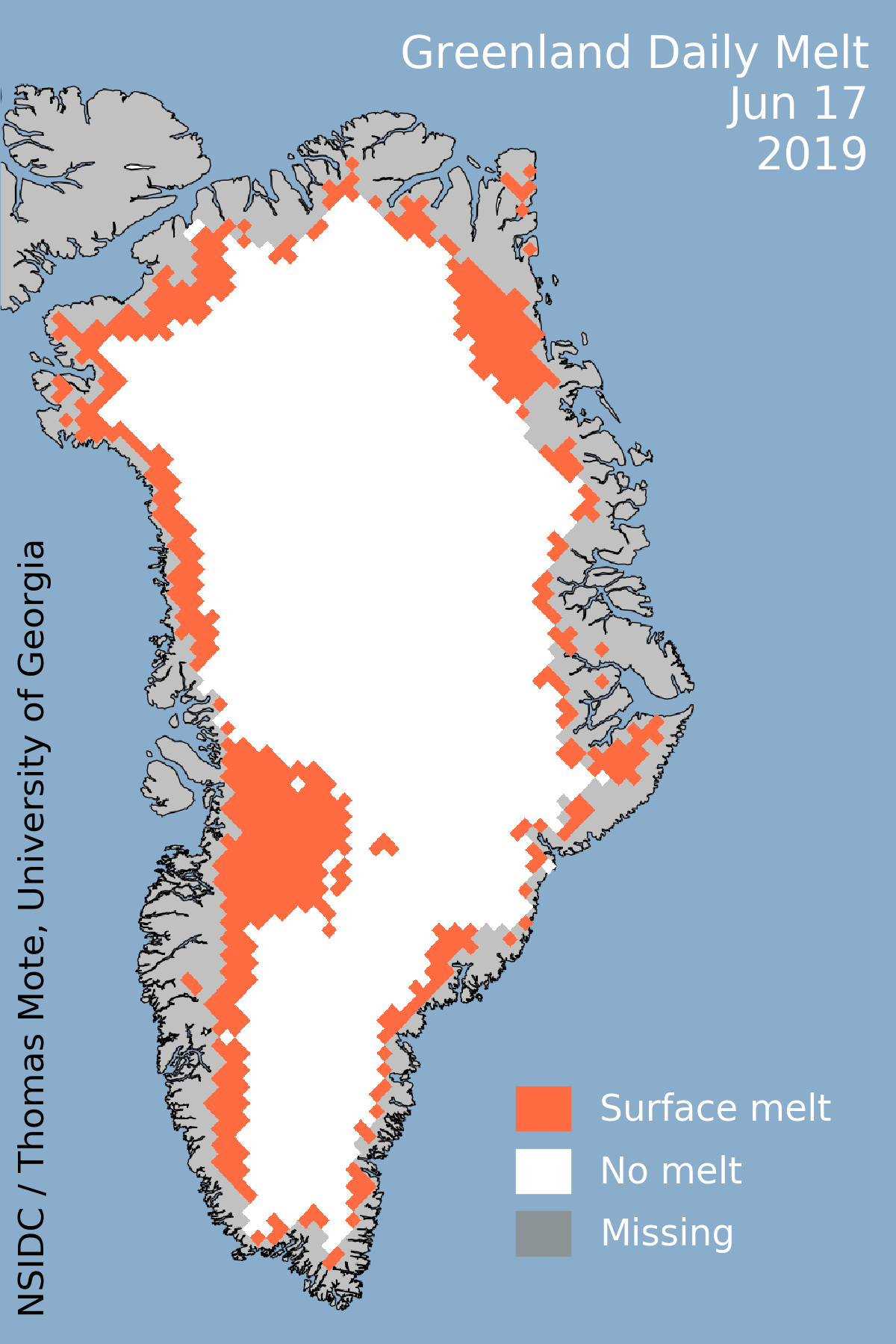 Olsen is leaving interpretations to others and hopes the image raises awareness about climate change. He’s also happy the picture is now being shared so widely, but remains in awe.

“People here in the north will appreciate too,” he wrote. “I am however slightly overwhelmed by the interest.”

“The photo documents an unusual day,” he wrote. “I learn now that it is even more symbolic than scientific to many. Tend to agree.”