One of Canada’s top soldiers was on hand today for an unusual ceremony: the naming of a polar bear cub.

But little Juno, who was born at the Toronto Zoo, came by her military heritage honestly.

“The name ‘Juno’ began as a nickname, as she was born on Remembrance Day in 2015 and was given this name in honour of ‘Juno Beach,'” the zoo announced today, in reference to the Allied landings in Normandy of German occupied France during the Second World War.

Officials said, “Zoo staff have made this name official as it embodies Canadian pride and is representative of polar bears, one of Canada’s national treasures. The Canadian Army also adopted Juno today and promoted her to the rank of Private, welcoming her to the Canadian Army family. She will be promoted every year on her birthday, so as she gets older, she could possibly be the first polar bear to achieve the rank of General!” 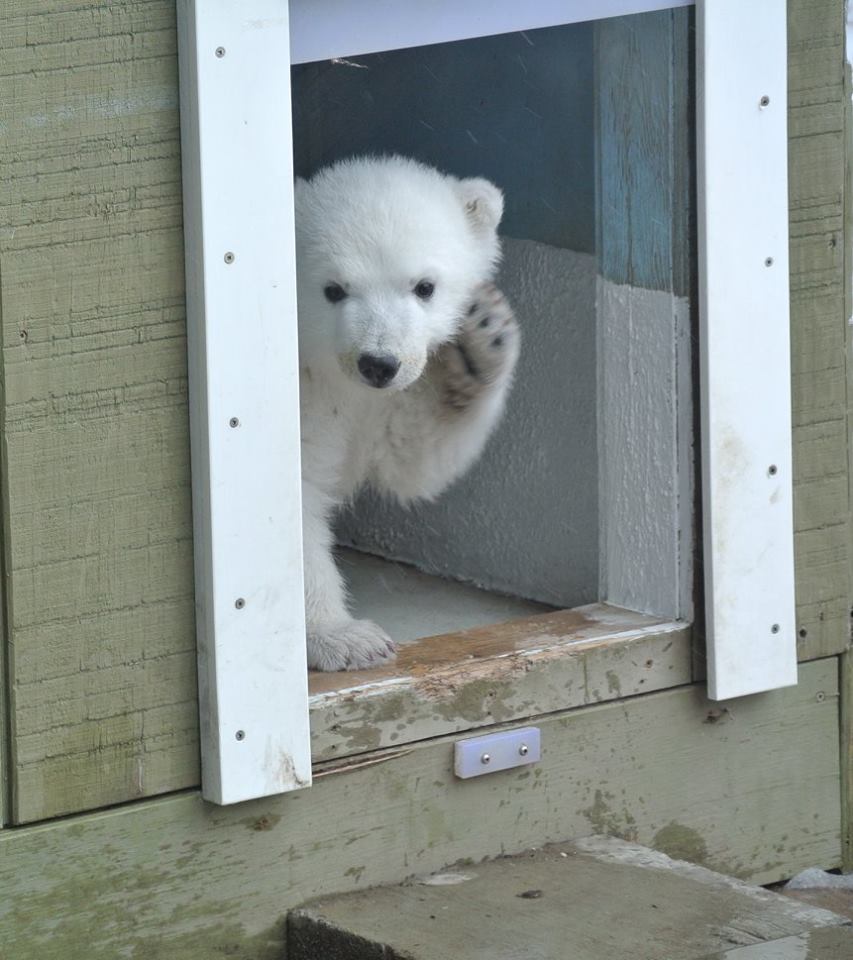 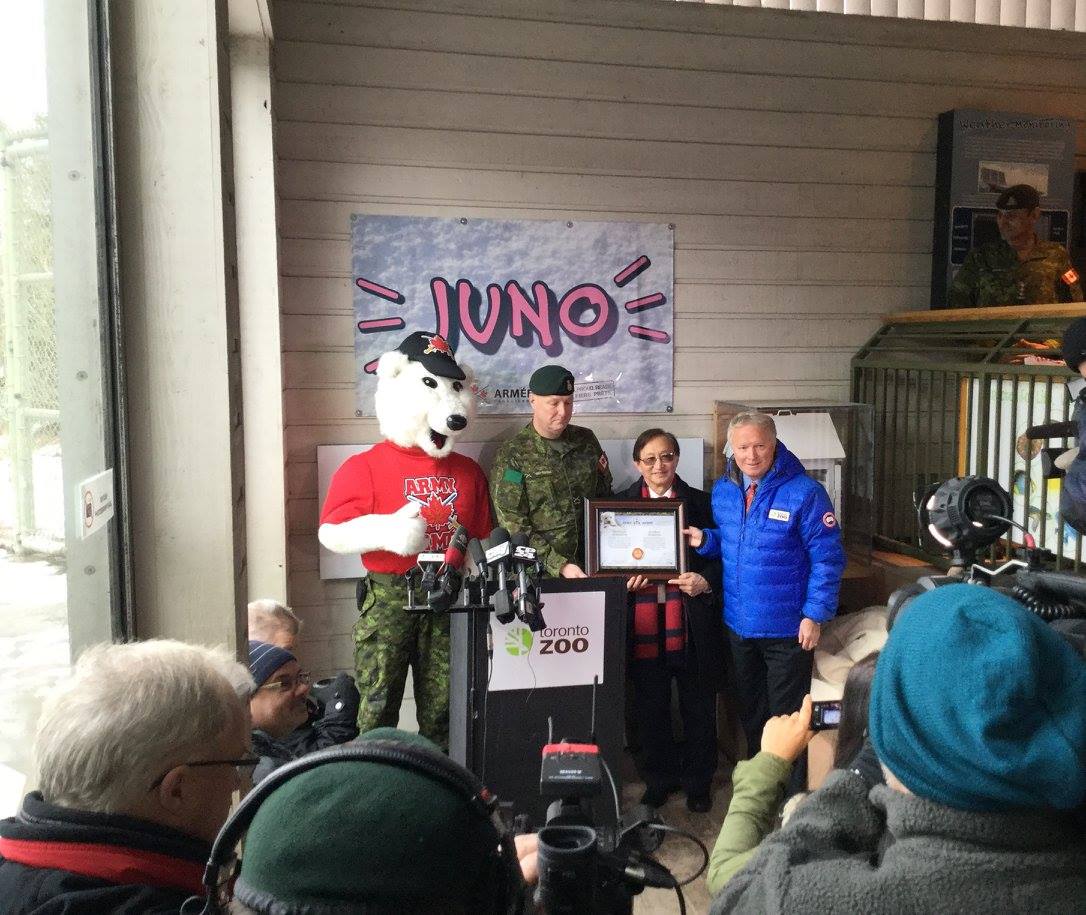 “I believe that Private Juno will have a long and successful career with us. Like all good soldiers, I’m sure she will work hard and advance in rank over the years. Eventually she could be known as Sergeant Juno or Captain Juno. Perhaps, one day, even as General Juno,” he said.

The public can catch their first glimpse of Juno on Feb. 27, which happens to fall on International Polar Bear Day.