In case you were wondering, this is how an alligator crosses the road.

Slowly and carefully in cold Montreal where Mayssam Samaha couldn’t believe her eyes.

That’s where Samaha was Sunday afternoon when she spotted — and took a video of — the gator crossing Jarry Street.

“Just an alligator crossing Jarry, no big deal 🐊,” she posted on Twitter.

She was both shocked and pretty concerned.

After all, the mercury had dipped below freezing.

“I was so worried about him, between the traffic and the temperature,” the travel and food blogger wrote. 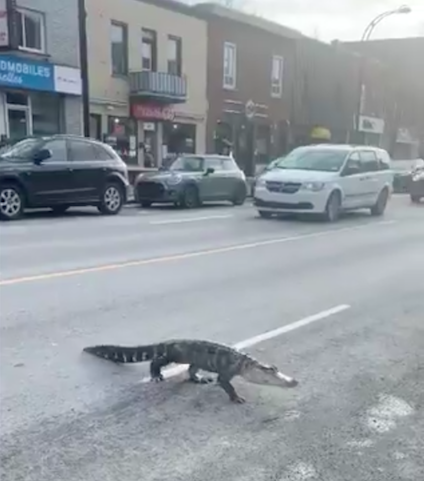 But there’s a happy ending.

“He’s ok,” Samaha offered by way of update. “He was only outside for a few minutes.”

It turns out, the gator escaped its handler. 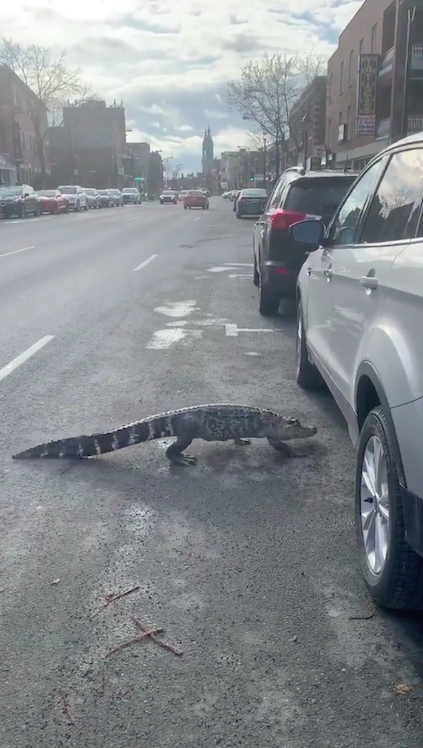 Even the mayor of Montreal, Valérie Plante, weighed in on the unusual pedestrian.

“It has all its licenses and is part of an educational project,” she explained on Twitter and thanked residents and city police for reacting so quickly.

Samaha was relieved and called it one cool gator.

“He was very chill,” she wrote. 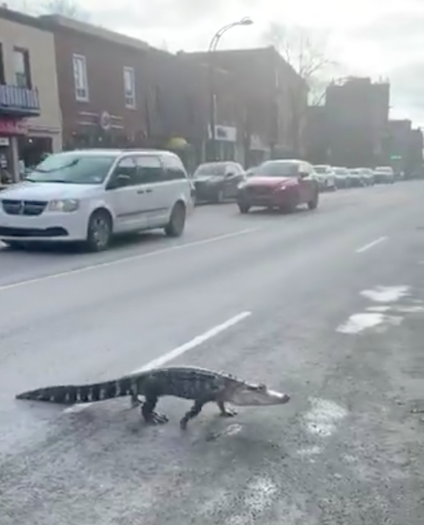