A Canada goose that was deliberately set on fire as she nested, losing all of her eggs last month has now become a mother in the most touching way. She has successfully adopted a group of orphaned goslings. It’s a happy ending for two otherwise sad stories.

And, these lucky birds have Back To The Wild, an animal rescue agency in Castalia, Ohio to thank. The group has been posting updates about the abused goose and the abandoned goslings to Facebook.

“While none of her six eggs hatched, we did have six other orphaned goslings (what a coincidence!) that needed a mom. As soon as we put these precious babies out with her in our wetlands habitat, this mother goose got right to herding them up and protecting them from…US!”

It was back on May 4 when the wildlife rehabilitation center received the disturbing call.

“Someone had lit cigarettes and set her, her nest, and her eggs on fire. If it had not been caught as early as it was it would have killed her and possibly burned down the building she had nested against,”  it reported.

The caller doused the flames. But the goose was still burned. And despite efforts to save her eggs, they just weren’t viable. 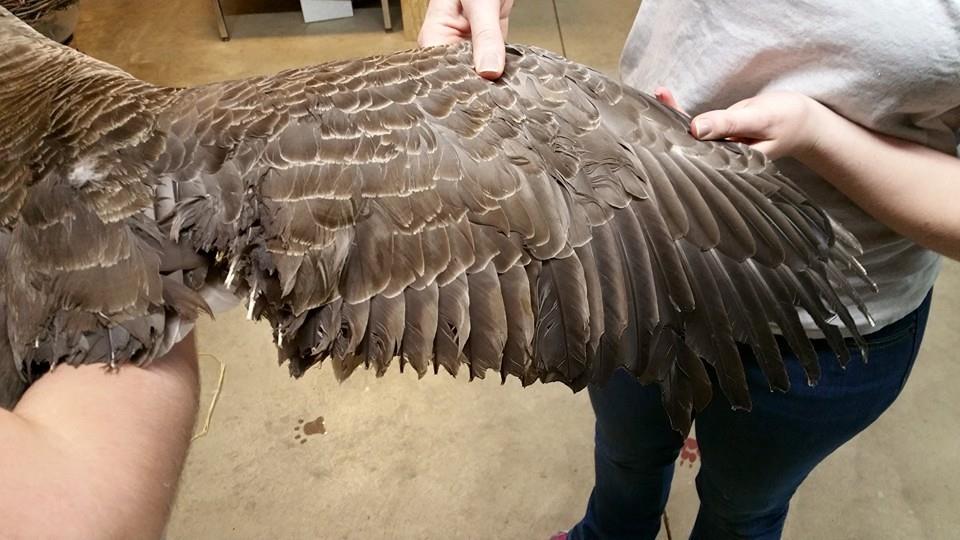 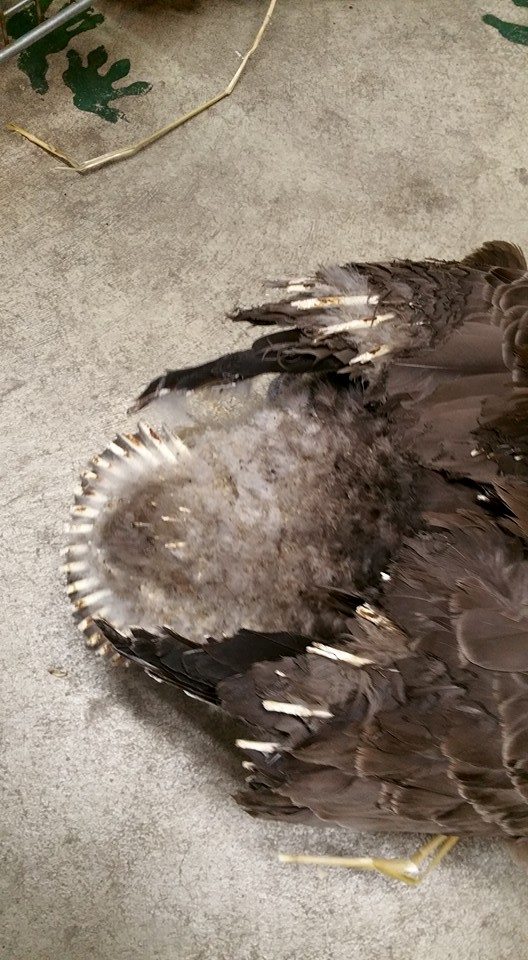 Police launched an investigation, and Back To The Wild set to work treating the bird, which was quickly nursed back to health.

“As soon as she is off medications she will be moved to our pond. We can’t wait to see her show her attackers that she has what it takes to survive and return to the wild!” 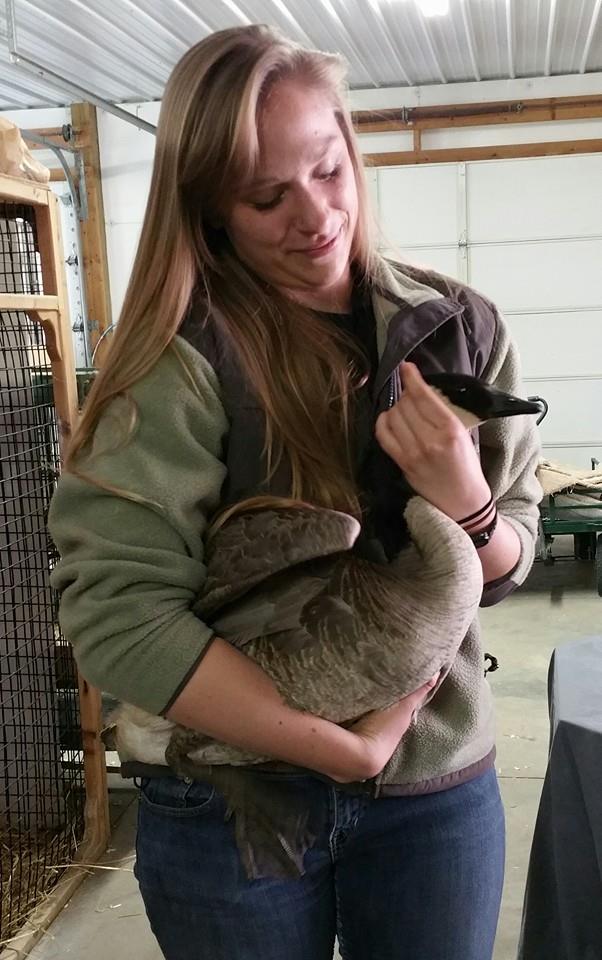 Not long after, the group got a call about some baby geese found in a pool. Their mother had vanished. But the facility had an idea. It had mother goose looking for a brood. 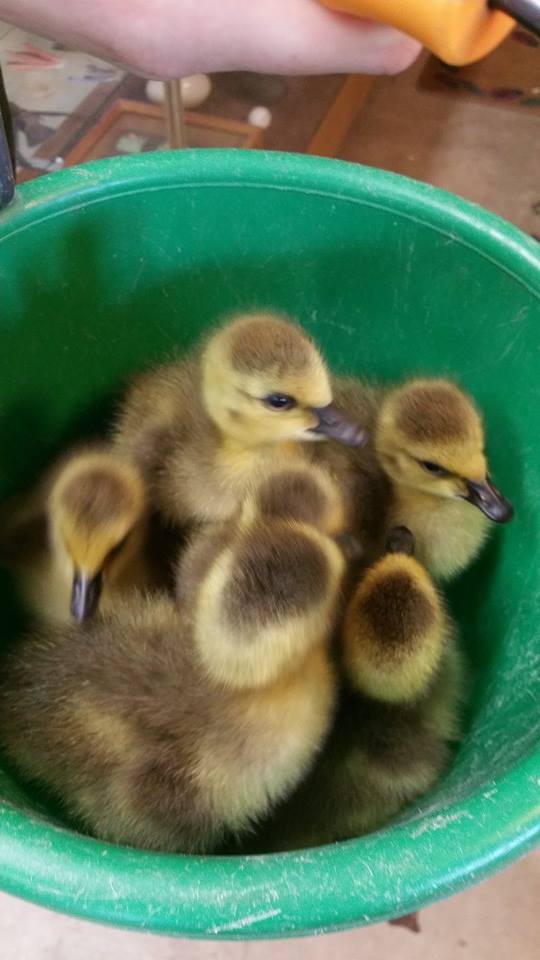 And, amazingly a new family was formed. The grieving goose started herding the tiny goslings and protecting them.

“Mama goose is doing well AND giving us a helping hand…er…wing!” Back To The Wild said. 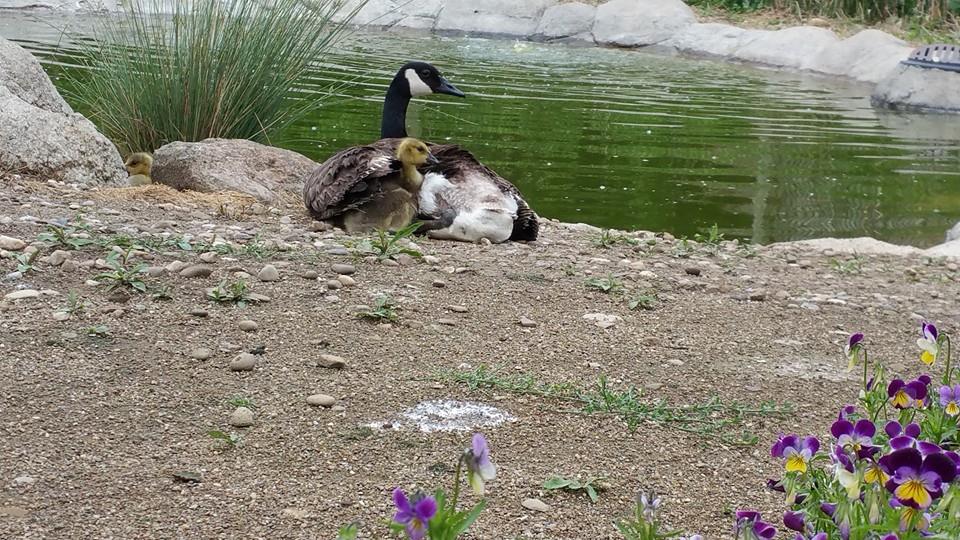 “It may be a chilly day but these goslings are nice and warm! With the exception of one straggler, all of the goslings this mom adopted are keeping warm today tucked under her downy wings.”

They all will eventually be released into the wild – together. There’s still no arrests in the case.

Photos Back To The Wild/Facebook