The Calgary Humane Society needed help from the city’s police, bylaw and the fire departments this week as it removed 1,123 animals from a filthy northeast home. Officers collected three dogs, three cats, 80 fish and 1,037 domesticated mice during Tuesday’s raid. 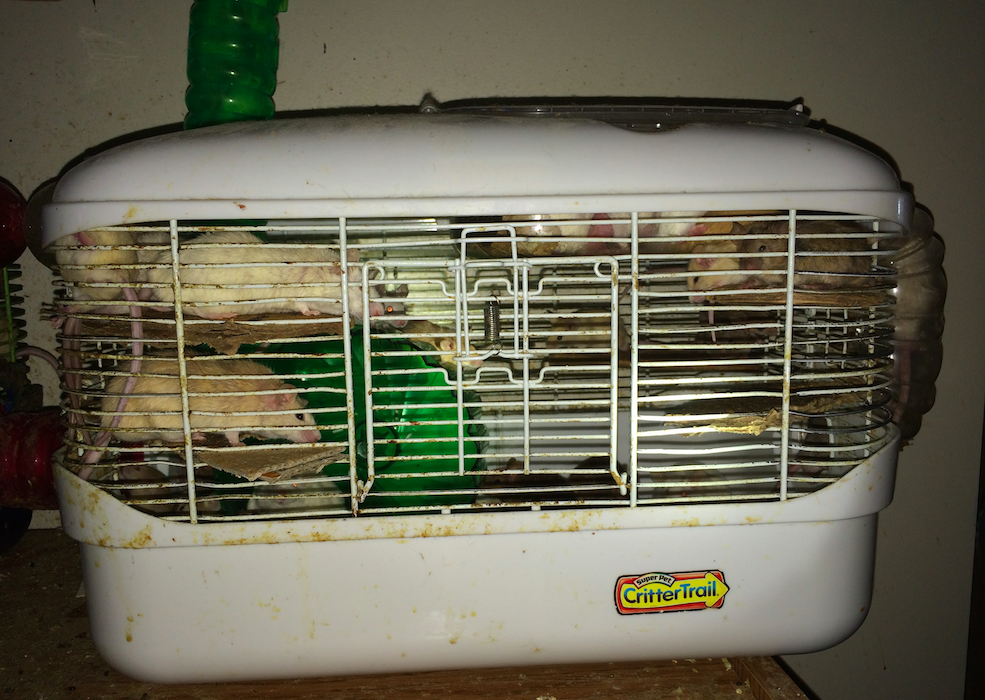 Many of the mice were in very poor health, and 275 animals had to be euthanized due to the extensive nature of their injuries.  Officials also shut down the home.

“The property was deemed uninhabitable by the health inspector due to unsanitary conditions,” the humane society said.

“By volume, this is the largest animal seizure in Calgary history,” Brad Nichols, senior manager of cruelty investigations said in a statement released yesterday. “It will take some time to sift through all of the veterinary evidence, but it is fair to say that charges are pending.”

This video shows the horrendous conditions in this hoarding case, and the magnitude of the mouse problem in this house. Be warned, it may make your skin crawl.