Alberta looks poised to top its own record in the bighorn sheep racket. Provincial Fish and Wildlife officers stumbled on a huge set of horns earlier this month near Hinton in northwestern Alberta. Officers said they belonged to a ram that died of natural causes last year. The curled horns measuring 209 1/8 inches would break the current world record – ringing in at 208-3/8 inches – that was lodged in 2000 from another Alberta ram.

“Alberta has long been a hotspot for hunters and the envy of other jurisdictions because of the variety of hunting opportunities and our sustainable wildlife management practices,” Robin Campbell, Alberta’s minister of  environment and sustainable resource development, said in a statement.

The Boone and Crockett Club, an America conservation and  hunting group that tracks records for big game, said the preliminary “green score” does beat the current world record. But before it won’t be official until after the required “60-day drying period,” photos and convening a “special judge’s panel” to re-score the ram. An official announcement should come in July. 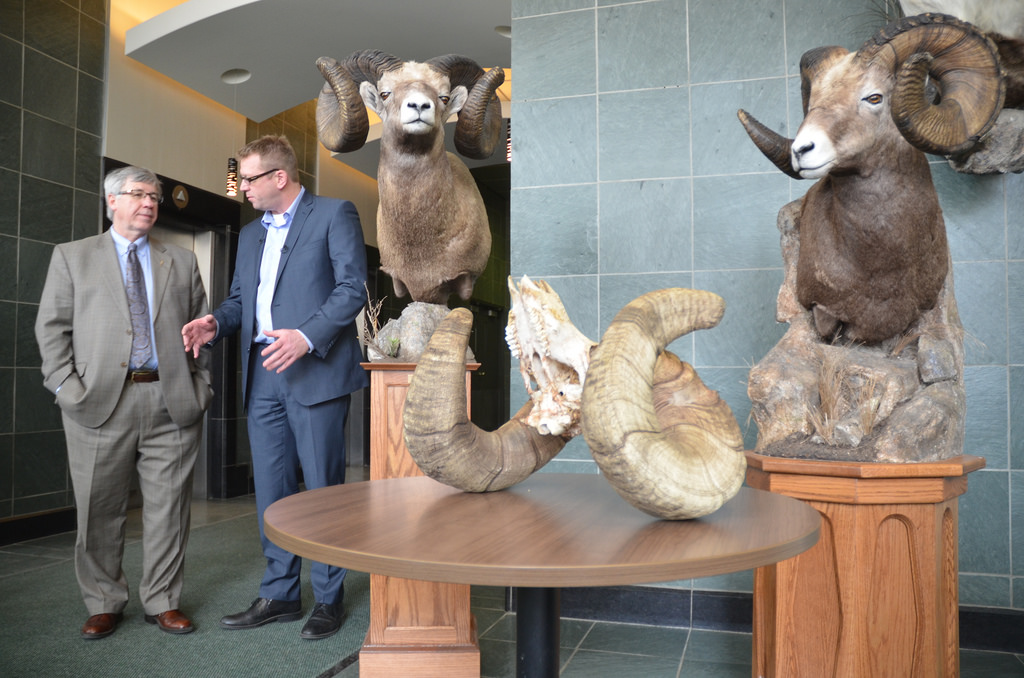 “Many hunters are unaware that Boone and Crockett records include many found trophies,” Richard Hale, chairman of the Club’s Big Game Records Committee, said in a statement. “The main reason we keep records is to document conservation success. Although they aren’t taken by hunters, found trophies are nonetheless an important gauge of outstanding habitat, strong recruitment of game animals into older age classes, sustainable harvest objectives and other elements of sound wildlife management. Picked-up trophies are an integral part of the conservation success story. Without them, the story is incomplete.” 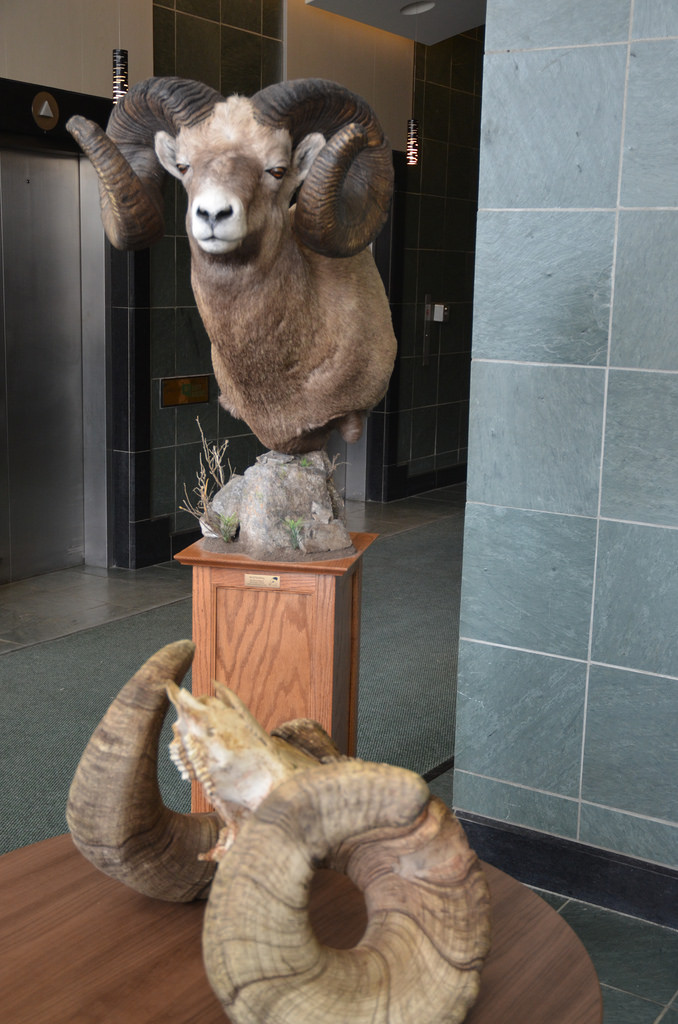 Officials, who are part of Alberta’s bighorn sheep enforcement program, discovered the carcass April 10 at the former Gregg River Mine site, where the creatures are known to winter. Skulls are collected to prevent trespassing, discourage unlawful possession and for use in research.

Alberta has an estimated 6,500 bighorn sheep living outside the national parks. The population is considered stable and healthy, and are frequent roadside attractions for drivers.

As the largest of all North American wild sheep, bighorn rams weigh up to 135 kilograms or 300 pounds. The ewes typically weigh half that.

Biologists figure this sheep was 10 1/2 years old when it died.