A 19-year-old Alberta man has been charged with animal cruelty after the bodies of a dog and cat were dumped in an alley with their muzzles taped shut. The remains were found in a southeast Calgary neighbourhood four months ago.

On Jan. 9, the Calgary Humane Society was called when the severely emaciated Siberian husky was discovered. The organization was called to the same alley on Jan. 16 when a black and white domestic short hair cat was found.

“It appears to be intentional cruelty and not the average abuse-type case where someone gets really mad at an animal for house soiling or something and loses their temper temporarily,” Brad Nichols, manager of cruelty investigations, told reporters on Monday. “This was methodical, it was chronic and ended in the animals’ deaths.”

A local veterinarian performed necropsies to determine the causes of death, officials said. The husky died from starvation. It had been chronically malnourished. The cat was asphyxiated due to ligature strangulation. The cat also suffered multiple traumatic injuries to its head, tail and hind limbs. 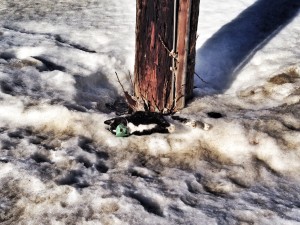 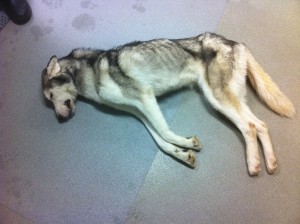 Officials said the animals were obtained through Kijiji, the online classified site, a few months before they were killed. A local vet started a fundraising campaign that would serve as a reward for finding those responsible for the abuse and also strengthening animal cruelty laws. An initial goal of $5,000 quickly soared to more than $72,000.

Nicolino Ivano Camardi faces two counts of wilfully causing unnecessary pain, suffering or injury to an animal. If convicted, Camardi could face up to five years in prison. Or, he could be fined up to $10,000 or up to 18 months in jail or both.