The Odense Zoo in Denmark at the centre of another debate about how zoo animals are treated in life and death.

The Danish facility said it plans to invite people to watch the dissection of a lioness, which was euthanized earlier this year. The zoo had too many lions, and the lioness, had apparently become too aggressive.

Time magazine shared the story under the headline, “Denmark Zoo to Terrify Children By Inviting Them to Witness Lion Dissection.” It also noted that the Copenhagen Zoo also wound up in hot water after humanely killing Marius the giraffe in front of children. It said it needed prevent inbreeding and then fed Marius to the lions.

But it seems, school children in Denmark aren’t at all terrified by witnessing lion dissections.

“Over the last few days we have had real many mails, phone calls, personal messages and posters here on fb about lion dissection Thursday 15. October,” to zoo posted on Facebook. That’s where it also posted a graphic photo with a warning of a lion being gutted as children looked on. 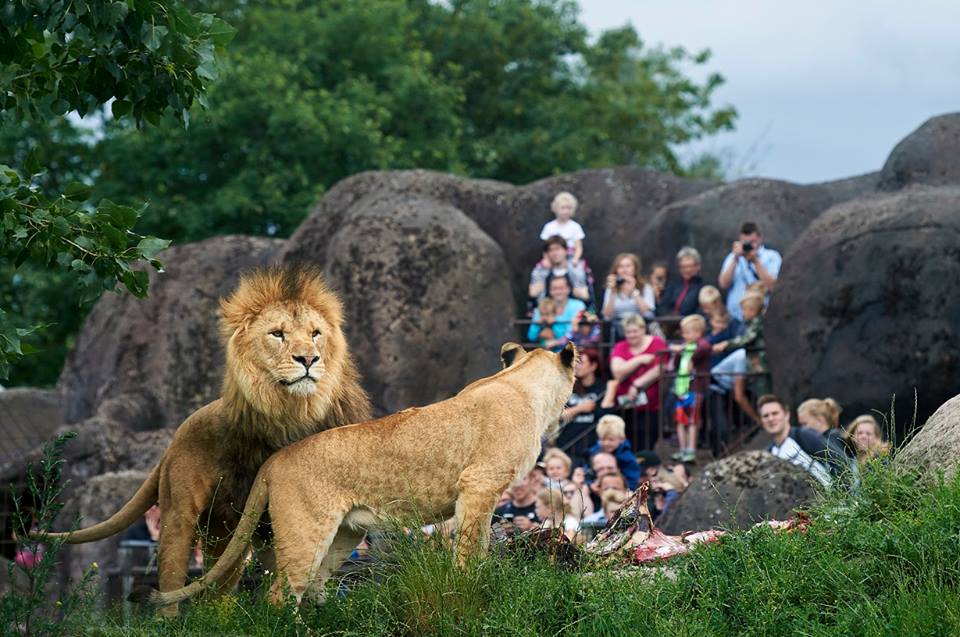 The zoo also defended its plan and welcomed the debate. For two decades it has performed animal dissections, adding: “We believe that animals should have a good life and a dignified death.”

Zoos are set in the world to communicate about animals, creating fascination for animals, ensuring breeding with a healthy population in general and to preserve endangered species. We participate in a variety of international breeding programs and are therefore subject to strict restrictions on what animals we allow breeding and what we should kill.

Zoos have a certain capacity, and it is better to have space to promote the breeding of animals, which can help to ensure the species but to secure the space for an individual who is inbred. It may sound harsh, but it is, after the conditions we are able to offer. We begin to make room for more animals than plants are built, so it affects all animal welfare, and therefore it is not the way to go.

See an animal inside out

Part of the debate about the lion is whether it is in order to dissect it while guests watch. In Odense ZOO we have for 20 years continuously dissected animals while ZOO’s guests watching. We believe that animals should have a good life and a dignified death. Can we thought on communication, learning our guests, for example. a lion anatomy by cutting it up so we happily. It will always be up to each guest, whether they want to attend it. Experience shows that where curious children, and they always have many good questions during the dissections we have shown.

A question that pops up in the debate is why zoos not only puts back into the wild. Wild animals are practicing hunting skills already at a very early age, while zoo animals do not receive training on how to dismantle a prey, and therefore they will not be able to survive in the wild. Specifically relation. Lions, is the biggest problem in the wild, to the lions’ natural habitat is getting smaller and smaller.”