Watch as this sweet little Amur leopard cub gets to know its mother, named Candy, at the Pittsburgh Zoo.

“The pitter-patter of little paws! We are excited to announce the birth of an Amur leopard cub,” the zoo posted on Facebook. “Born Thursday, February, 4. Mom and baby are bonding and both are doing well.”

There are perhaps only 70 Amur leopards remaining in the wild. The facility said the birth is an important addition to the world’s zoo population of the endangered species in a bid to save it from extinction.

The sex of this cub won’t be determined until it is about six weeks old, when it will have a full exam. By about three months, he – or she – will be able to eat solid food and likely will follow mom outside of the den. So far, the pair is doing well. 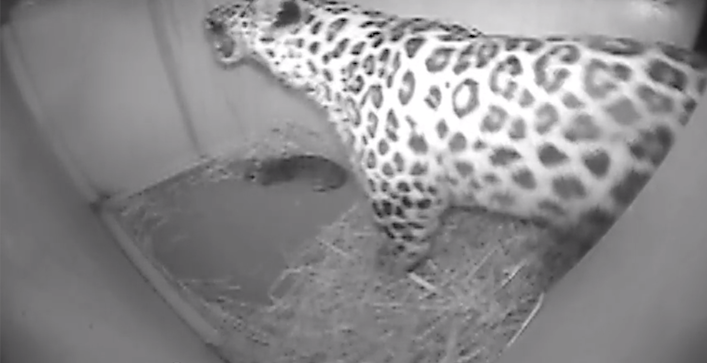 Dr. Ginger Sturgeon of the zoo added: “We are pleased that Candy is being attentive to her cub. She is positioning the cub around her, nuzzling it, and encouraging it to nurse. All very good signs for a first time mother. The cat is active and nursing.”