“We’re happy to report that Nola is improving and appears to be feeling better,” according to the San Diego Zoo Safari Park. “She was moved into an enclosure called a ‘boma’ because of the recent chilly weather and her illness.” 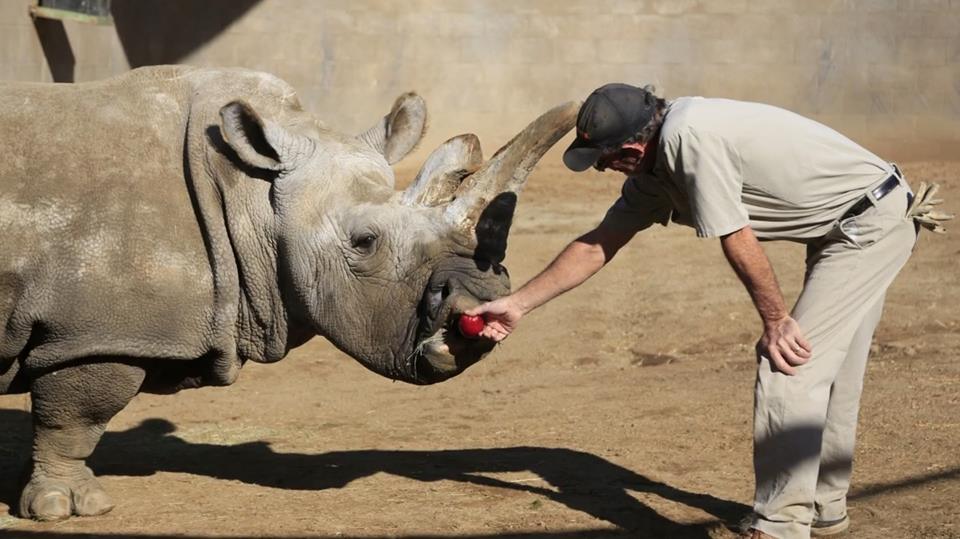 Nola is believed to be one of just five northern white rhinos left in the world. And now, officials in California are worried about Nola’s health as her appetite has waned, she’s become less active and she’s suffering from a thick nasal discharge.

The 40-year-old rhinoceros is now under veterinary care at the San Diego Zoo Safari Park. Vets have been able to give her antibiotics as they wait for blood work and mucus tests from nasal swabs to come back.

“We collected samples of Nola’s nasal discharge to submit for culture to see if there is any fungus or bacteria growing, and also allowing us to look at cells to see what might be causing Nola’s illness,” Meredith Clancy, one of the park’s vets said in a statement on Monday. “One of our main concerns is Nola’s comfort level. We will continue to monitor her round-the-clock and hope her health improves.” 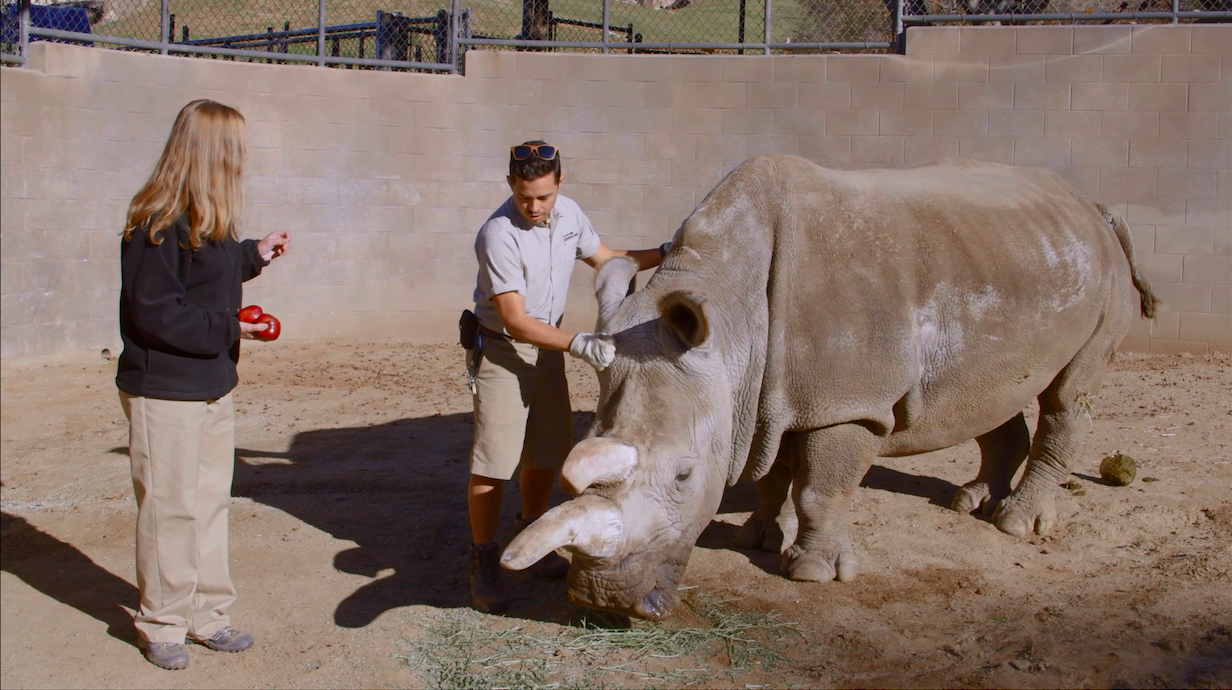 Zookeepers, who are already treating Nola for age-related arthritis, have moved the rhino to a heated indoor enclosure. There, she appears to be improving. She’s eating and able to move around a little better.

But it’s still a distressing situation for the species. A 44-year-old male northern white rhino named Angalifu recently died of old-age at the facility. The three other northern white rhinos are in the Ol Pejeta Conservancy in Kenya and one is in the Dvur Kralove Zoo in the Czech Republic.

All of them are aging. None have been able to breed in recent years. Signs of their presence in the wild have not been seen since 2007, according to the Dvur Kravole Zoo. Poaching has decimated the species.