It must seem like a gift from the heavens for hungry and parched wallaby colonies.

The government of New South Wales, Australia is air-dropping carrots and sweet potatoes to feed animals who survived the bushfires only to find themselves without food and water.

Thousands of kilograms of food — dropped in a single day — is now feeding animals that may have survived the fire, but are now finding their food supplies destroyed.

Water is also being brought in, according to the state.

It’s part of an ongoing effort to help the species.

This will also feed swamp wallabies, possums and wombats. Great to see the #rockwallaby taking its rightful place as an umbrella species. https://t.co/w9XYexwlo1

#drought took their water and #bushfire took their food so our team, based ⁦@UniNewEngland⁩ have been providing both to some key #rockwallaby colonies (with permission) for nearly 2 months now. Listen to the happy chomping! pic.twitter.com/bfHkyWPCZj

But as Kean points out — this may not be a one-off effort. 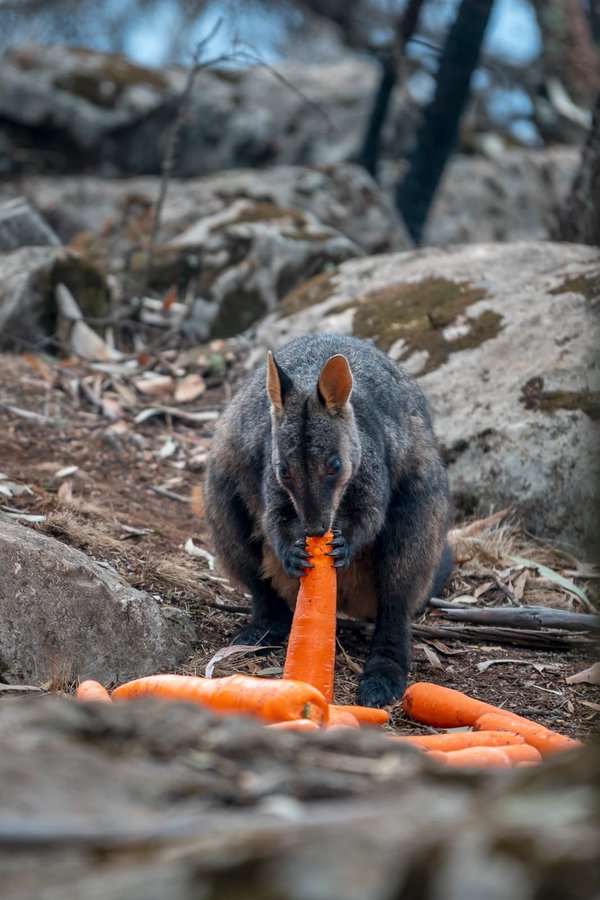 “The results of this study of past climate models bolster scientists’ confidence that both they as well as today’s more advanced climate models are skillfully projecting global warming,” said study co-author Gavin Schmidt, director of NASA’s Goddard Institute of Space Studies in New York. “This research could help resolve public confusion around the performance of past climate modeling efforts.”