Tigger is some kind of hot shot co-pilot. Even if it was unintentional.

Tigger the kitten survived a day-long, 300-mile trip tucked away in the bumper of a Navy helicopter pilot’s car, according to a  news release from the UK Royal Navy.

Lieutenant Nick Grimmer said it was only after the road trip from the Birmingham Airport to the Royal Naval Air Station Culdrose near Helston in Cornwall that he heard a “very quiet meowing” coming from his BMW.

“I looked in the boot, under the bonnet and climbed all over and under it and still couldn’t find what was making the noise,” Grimmer said in a statement.

“I called up some of our air engineers who came and helped me to start dismantling my pride and joy. On taking off the rear bumper we were greeted by a tiny tiger-striped kitten,” he added. “He must have had a long journey but remarkably is unharmed.” 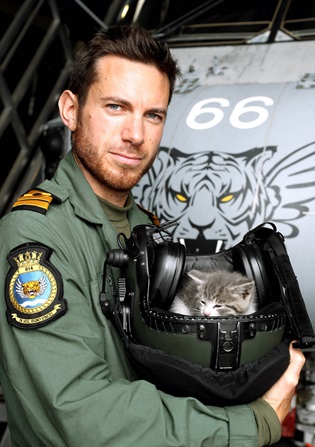 Grimmer, 32, incidentally flies submarine–hunting Merlin helicopters for the 814 Naval Air Squadron – known as the “Flying Tigers.” And, since the helicopters are also grey and white, it was only natural to call the accidental recruit Tigger.

And now, the Navy has launched “Operation Tiger Kitten” to try to locate the cat’s owner.

So far, there hasn’t been much luck, but several offers to take home the hunky pilot.

The Navy said it would also keep the cool cat.

“We are more than happy to adopt ‘Tigger’ as a mascot,” Commander Brendan Spoors, Commanding Officer of the Flying Tigers said. “After all it’s a tradition for Royal Naval units to have a ships cat!” 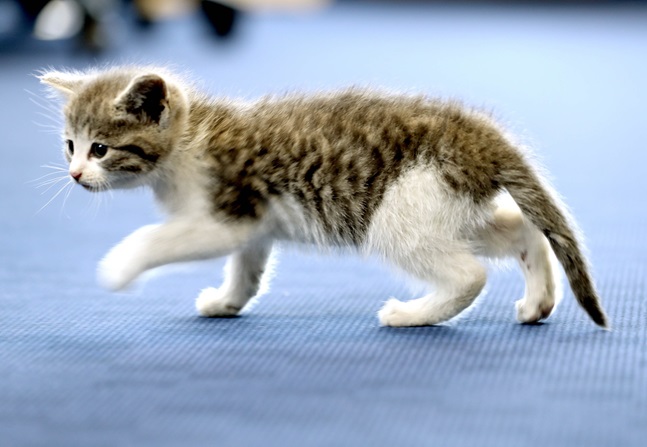 “The place he has felt most comfortable is in my flying helmet, which is the only place he is able to sleep,” the pilot said. 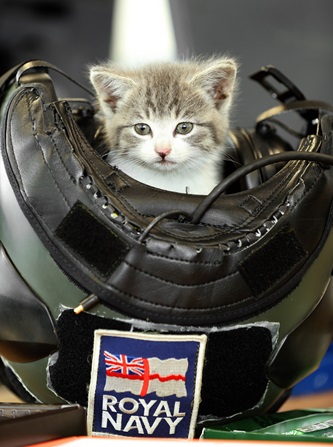