If you already suffer from ophiophobia, you may not want to read this.

Rangers in northern Australia recently came across a a three-eyed snake.

“The snake is peculiar as an x-ray revealed it was not two separate heads forged together,” the country’s Northern Territory Parks and Wildlife Commission wrote on Facebook, “rather it appeared to be one skull with an additional eye socket and three functioning eyes.

The carpet python, about 3-months-old and about 40 centimetres long, was found on the Arnhem Highway near Humpty Doo just outside of Darwin.

So what caused this?

“It was generally agreed that the eye likely developed very early during the embryonic stage of development,” the commission said.

Some wondered if the freak snake was a result of climate change.

But the local government dismissed that notion.

“It is extremely unlikely that this is from environmental factors and is almost certainly a natural occurrence as malformed reptiles are relatively common,” the commission explained.

A veterinary technician, who was fascinated by the case,  shared the x-rays. 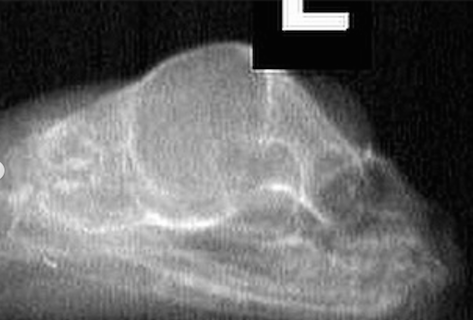 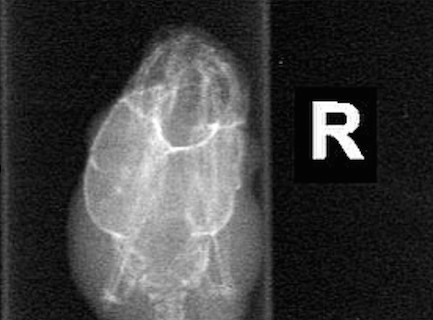 Rachel Ellerd thanked the commission for “graciously sharing such a cool reptile case and emailing me the radiographs after I was a nerd and asked to see them.”

Can you SEE what is wrong with this snake? 👀😮 This three-month old carpet python was found in its native habitat in Northern Australia by park rangers. 🐍 Apparently all three of its eyes functioned normally, and when they took radiographs they discovered it was not two heads fused together, but one skull with an extra socket. 🙀 Swipe right to see the x-rays! ➡️ All credit goes to @parksandwildlifent for graciously sharing such a cool reptile case (and emailing me the radiographs after I was a nerd and asked to see them 🙈)!

There’s also a sad footnote to this oddity.

Its deformity made eating tough. Officials were surprised it survived on its own as long as it did.